Pandemic and Epidemic Collide in COVID-19

Comments Off on Pandemic and Epidemic Collide in COVID-19 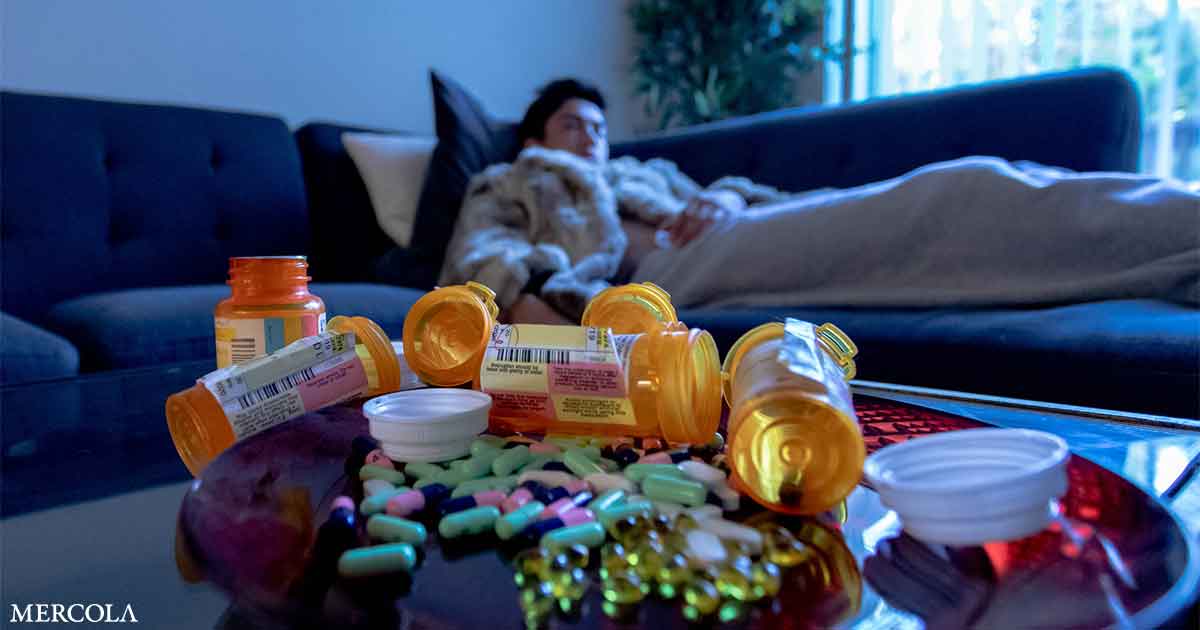 As the world’s attention remains focused on the COVID-19 pandemic, essential attention is turned away from other life-threatening epidemics, including opioid addiction. Prior to the COVID-19 crisis, opioid misuse and addiction had become rampant in the U.S. In the late 1990s, drug companies assured doctors that opioid pain relievers were safe and nonaddictive, leading to an increase in prescribing rates.

Opioid overdose rates increased rapidly as it became clear that opioids can be highly addictive. In 2018, 46,802 Americans died from an opioid overdose while 1.7 million suffered from substance use disorders related to opioid pain relievers.

The economic burden of prescription opioid misuse alone is $78.5 billion in the U.S. annually, which includes not only health care costs but also lost productivity, addiction treatment and criminal justice involvement.1 The economic toll, and the death toll, from the opioid epidemic is, sadly, set to rise even further now that it has collided with the COVID-19 pandemic.

There are physical and psychological reasons why COVID-19 poses a significant challenge for people with opioid use disorder (OUD), which affects at least 2 million Americans, and those who misuse opioids — another 10 million.2 Worldwide, 40.5 million people struggle with opioid dependence, a global prevalence of 510 cases per 100,000 people.3

Chronic respiratory disease increases the risk for fatal overdose in people who use opioids, and COVID-19 leads to compromised lung function.

Further, opioid misuse can lead to slowed breathing and hypoxemia, which can cause cardiac, pulmonary and brain complications, as well as overdose and death. As such, according to an article in the Annals of Internal Medicine, “these individuals may be at increased risk for the most adverse consequences of COVID-19.”4

People who are addicted to opioids may also be more likely to suffer from conditions that make them more vulnerable to COVID-19, including being a smoker who suffers from lung or heart disease, being homeless or having experienced other health effects from drug addiction.5 Threat of infection aside, there are a number of indirect ways that people with OUD may be adversely affected by COVID-19 as well.

“Before the first COVID-19 case in the United States, a different epidemic — the opioid crisis — was taking the lives of 130 Americans per day,” wrote two doctors from Yale School of Medicine in Annals of Internal Medicine.

“Given that infection epidemics disproportionately affect socially marginalized persons with medical and psychiatric comorbid conditions — characteristics of those with opioid use disorder (OUD) — we are gravely concerned that COVID-19 will increase already catastrophic opioid overdose rates.”6 Some of the challenges faced by people with OUD during the COVID-19 pandemic include:7

Disruptions of care during the COVID-19 pandemic are a major concern for people with opioid use disorder, who depend on regular face-to-face health care. Many rehab facilities have closed, limited programs or limited new admissions over fears of COVID-19 spreading in a communal living facility.8

Access to medications for addiction treatment may be restricted, while patients may also face simultaneous challenges like loss of work, housing and food security, which could trigger a downward spiral leading to relapse and delayed recovery.

“The COVID-19 pandemic strikes at a moment when our national response to the opioid crisis was beginning to coalesce, with more persons gaining access to treatment and more patients receiving effective medications. COVID-19 threatens to dramatically overshadow and reverse this progress,” according to researchers with the Johns Hopkins School of Medicine.9

The social isolation imposed by the pandemic is also highly problematic and, by increasing stress and anxiety, could heighten substance abuse, opioid usage and overdose.

In addition to limiting access to peer-support groups and other vital sources of social connection for recovering addicts, “Persons who are isolated and stressed — as much of the population is during a pandemic — frequently turn to substances to alleviate their negative feelings,” wrote Dr. Nora Volkow with the National Institute on Drug Abuse. “Those in recovery will face stresses and heightened urges to use substances and will be at greatly increased risk for relapse.”10

There’s also the issue of social isolation indirectly contributing to overdose deaths because no one is there to administer naloxone, an overdose-reversing drug. Volkow continued:11

“Social distancing will increase the likelihood of opioid overdoses happening when there are no observers who can administer naloxone to reverse them and thus when they are more likely to result in fatalities.

Emergency department physicians with increased caseloads may be less likely to initiate buprenorphine therapy for patients with OUD, which is an important component of mitigating the effects of the opioid crisis.”

There are even reports of stigma and discrimination, according to Dr. Peter Grinspoon, who recovered from opioid addiction and teaches medicine at Harvard Medical School. “There are reports surfacing of police departments across the country that are refusing to offer naloxone to patients who have overdosed, on the pretext that it is too dangerous because the ‘addict’ might wake up coughing and sneezing coronavirus droplets.”12

The U.S. unemployment rate may skyrocket to 32.1% in the second quarter of 2020, according to the Federal Reserve Bank of St. Louis.13 Previously, the highest rate of unemployment in U.S. history was 24.9%, which occurred in 1933 during the Great Depression.14 The massive job losses may singlehandedly increase opioid overdose deaths, as a strong connection has been revealed between the two in the past.

A 2019 study in the Medical Care Research Review journal looked at the effects of state-level economic conditions — unemployment rates, median house prices, median household income, insurance coverage and average hours of weekly work — on drug overdose deaths between 1999 and 2014.15 According to the authors:

Other economic indicators had insignificant effects. Our findings suggest that economic downturns that substantially reduce house prices such as the Great Recession can increase opioid-related deaths, suggesting that efforts to control access to such drugs should especially intensify during these periods.”

An earlier investigation, published in the International Journal of Drug Policy in 2017, also connected economic recessions and unemployment with rises in illegal drug use among adults. Twenty-eight studies published between 1990 and 2015 were included in the review, 17 of which found that the psychological distress associated with economic recessions and unemployment was a significant factor. According to the authors:16

In a report by the Well Being Trust (WBT) and the Robert Graham Center for Policy Studies in Family Medicine and Primary Care, it’s estimated that up to 75,000 people may die during the COVID-19 pandemic from drug or alcohol misuse and suicide. These “deaths of despair” are expected to be exacerbated by three factors already at play:17

In order to come up with their 75,000 figure, the study used data on deaths of despair from 2018 as a baseline, projected levels of unemployment from 2020 to 2029 and then used economic modeling to estimate the additional number of deaths annually. Nine different scenarios were tested, ranging from quick recovery to slow recovery.

In the best-case scenario, 27,644 deaths of despair were estimated while in the worst-case example, 154,037 deaths could occur. While 75,000 was deemed to be “most likely,” the researchers noted, “When considering the negative impact of isolation and uncertainty, a higher estimate may be more accurate.”18

“Undeniably policymakers must place a large focus on mitigating the effects of COVID. However, if the country continues to ignore the collateral damage — specifically our nation’s mental health — we will not come out of this stronger,” Benjamin F. Miller, PsyD, chief strategy officer of WBT, said in a news release.19

A commentary by Dr. Jeffrey A. Lieberman, a psychiatrist with Columbia University’s department of psychiatry, similarly suggested a mental health crisis is looming.20 “The sobering reality is that high-quality mental health care is not available to most people,” Lieberman wrote. “This lack of strategy and access is especially concerning amid disasters such as COVID-19, which can cause considerable psychological trauma.”

With weeks of extended isolation already logged for most Americans, some communities are already reporting a rise in drug overdose deaths. Jacksonville, Florida, for instance, had a 20% increase in overdose emergency calls in March 2020.

Four counties in New York State also reported a rise in overdoses, while Columbus, Ohio, had a surge in overdose deaths, including 12 over a 24-hour period the first week of April.22

Whether overdose deaths are increasing across the U.S. is unknown, as Volkow noted that with COVID-19 shutdowns, collecting reliable data is difficult. However, a spokesperson for the U.S. Centers for Disease Control and Prevention told ABC News that officials are “aware of the concerns involving COVID-19 and drug overdoses and that it could affect some populations with substance use disorders.”23

Experts are recommending increased resources for people struggling with drug addiction, including access to online meetings. Remember that even if you’re socially isolated at home, you can reach out to friends and loved ones via phone or online. Connecting with others, even virtually, can help you to feel less alone. It’s also a good idea to set a limit on watching the news or browsing social media, especially if it increases anxious feelings.24