Prepare Your Cannabis Business for the TCPA

Comments Off on Prepare Your Cannabis Business for the TCPA 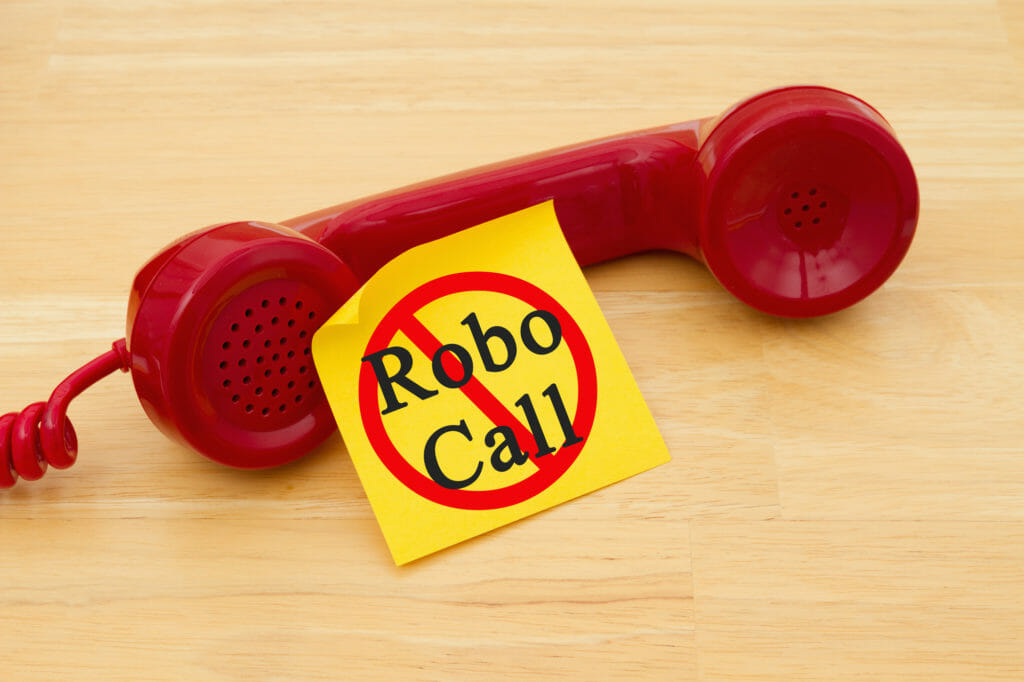 For some reason, many cannabis businesses believe that because they’re already violating the federal Controlled Substances Act, they’re free to violate other existing federal laws. This of course is not the case, and never has been. Even though cannabis businesses can’t get legitimate recognition or fair treatment from the Department of Justice or the Drug Enforcement Administration, it doesn’t mean that they’re otherwise exempt from compliance with existing federal laws, including consumer protection laws that apply to all businesses throughout the United States.

Passed by Congress in 1991, the TCPA is a strict liability statute designed to fight incessant “robocalls” and aggressive/abusive telemarketers that plague unconsenting consumers. The TCPA provides, in relevant part:

The Federal Communications Commission and courts agree that, even though the statute only refers to telephone calls, the TCPA also applies to text messages and faxes. The term “automatic telephone dialing system” means “equipment which has the capacity (A) to store or produce telephone numbers to be called, using a random or sequential number generator; and (B) to dial such numbers.” The truth is any automated phone communication of any kind may end up being a target under the TCPA as this area of the law and the regulations around it continue to evolve.

The TCPA is terrifying because of the statutory damages in play, which are uncapped: it prescribes a penalty ranging from $500 to $1,500 for each text, call, or fax made in violation of the statute (think about that the next time your marketing team sends out 1,000 text messages to your customer list). It’s not unusual for larger companies to be hit with verdicts in the millions of dollars in recent years. The TCPA is also scary because it has a fairly robust four-year statute of limitations. And as we noted in a previous blog post in regards to the TCPA plaintiffs’ bar:

[s]ome file complaints that have just enough basis to obtain a quick settlement – they know that smaller companies don’t have the bandwidth to really defend against these types of claims (especially because insurance policies usually have explicit TCPA exceptions!), so they figure they can make a ‘quick buck’ with a two-week shakedown.

In August of this year, Curaleaf was the largest cannabis operator to be on the defending side of a TCPA class action lawsuit. We wrote about the case here. Dispensaries in Michigan, Colorado, Massachusetts, and Nevada have also been hit with these lawsuits (multistate operators of dispensaries seem particularly vulnerable because they operate in multiple jurisdictions and often send promotional texts to drum up business). And at least one CBD company out of Missouri is also facing the heat of a TCPA lawsuit.

What can you do to prepare/defend your business for and against TCPA claims?

Get the express written consent of your customer base to contact them via phone, text, or fax. That (provable) consent is going to be your number one savior in the event you receive a TCPA demand letter or complaint.
Sufficiently and continually educate and train your staff and marketing teams around customer communications recordkeeping and consumer interactions concerning the ability to contact consumers by phone or fax.
Continually monitor customer contact consent in order to know when to cease contact accordingly.If a consumer revokes consent and you’re still contacting them by phone, text, or fax, you’re going to have big problems under the TCPA.
If you receive a TCPA demand letter or are served with a TCPA complaint, immediately notify your insurance company or face the risk of potentially losing defense coverage.
The TCPA does exempt certain entities from compliance. For instance, certain communications from non-profits are exempt, and if the communication, itself, is more educational or informational in nature rather than a commercial advertisement, the consent rules may not apply at all. This though is not an area where cannabis businesses should be cute over masking a real-time ad as a public service announcement (again, just go for documenting express written consent if you can).
The big target of TCPA claims is the use of “autodialer” equipment. Obviously, we’re in an age of text fever, so that’s probably the easiest way for most cannabis companies to reach large consumer bases (plus, it’s probably one of the best ways to comply with state-by-state marketing and advertising regulations). However, the more actual human involvement occurs with the consumer contact, the harder it’s going to be for a potential plaintiff to claim that the “telephone equipment” at issue satisfies the language in the statute.

TCPA litigation is  picking up every year, and it seems that almost on a monthly basis, more cannabis companies are facing potentially large scale TCPA class actions. At this point, cannabis businesses should stop questioning whether the TCPA even applies to them and should immediately get hip to compliance before incurring expensive legal battles and settlements for playing the odds.

For more on this topic, check out the following posts:

The post Prepare Your Cannabis Business for the TCPA appeared first on Harris Bricken.