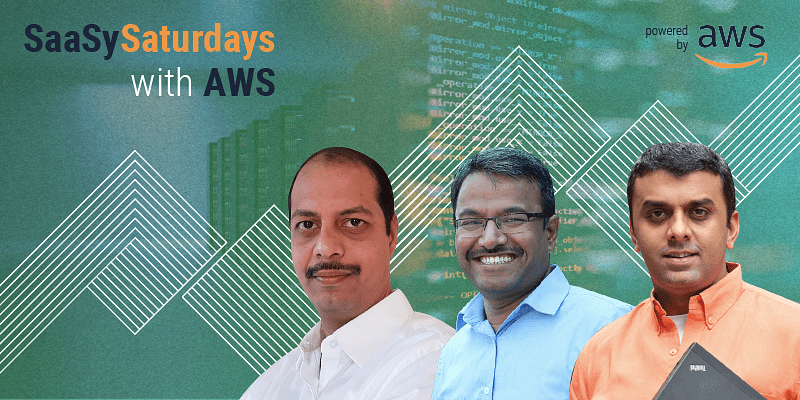 Founded in 2017, WorkApps with its enterprise-grade messaging platform for large organisations has been working towards enabling enterprises to augment their communication efforts, improve efficiency and change the way people collaborate and work together. “While we worked with enterprises, we realised the communication requirements for sectors were different and specialised and needed messaging solutions,” shares Rudrajeet Desai, Co-Founder and CEO, WorkApps.

The realisation saw the startup led by Rudrajeet Desai, Shankar Borate and Kaizad Shroff mastering workflows to make chatting as well as audio and video calling more effective for banks, NBFCs, insurers and the other players of the FinTech sector.

“Today, we are synonymous with being a video banking company. WorkApps’ video platform enables banks in the sector to migrate business processes and customer interaction to video channels,” he says.

As the WorkApps’ video banking solution gained momentum, one use case in particular, began gaining increased traction – the VideoKYC. Further impetus came in the form of an RBI amendment to the KYC norms in January 2020 that allowed banking and other lending institutions regulated by it to use Video-based Customer Identification Process to onboard customers remotely. And, with the onset of the COVID-19 pandemic in India, the nationwide lockdown thereafter, and the need for minimising physical interaction saw the video KYC solution gaining increasing significance so much that VideoKYC has been rolled out as a product in itself within the larger gamut of the WorkApps’ video banking solution.

While the environmental factors provided the nudge for accelerated adoption, the key growth drivers for VideoKYC have been its depth of features, smooth user journey, security and data ownership. And AWS has played a key role in enabling this. “VideoKYC’s development, staging, testing and production setups are hosted on AWS enabling a product company like us to focus only on core product and feature development. It helped us reduce the effort required to deploy and manage development infrastructure by almost 80 percent,” says Rudrajeet.

This has translated into a faster time-to-market. “What would otherwise take three months gets done in three weeks when you are leveraging AWS services.” Pointing to the face match with documents feature on VideoKYC, Rudrajeet says it would have been extremely challenging for a small startup like WorkApps to create a face comparison feature on its own from scratch. On AWS, it’s literally like a takeaway. You can integrate a face comparison feature by leveraging Amazon Rekognition in just about three hours.”

“The Video KYC platform runs on different traffic such as https, web sockets for web and TCP (Transmission Control Protocol)/UDP (User Datagram Protocol) for audio/video traffic. The different load balancer options such as Application Load Balancer (ALB) for https and Network Load Balancer (NLB) for TCP and UDP available on AWS Elastic Load Balancer addresses our different needs. The inherent capabilities of these load balancers to scale for different loads solve our scalability concerns,” explains Shankar, the CTO and Co-founder. And, given that different banks have different capacity needs, which also vary at different times during a day, Amazon EC2 helps to scale up and down the infrastructure, providing cost savings in addition to flexibility. VideoKYC also leverages Amazon Simple Email Service to send notifications to email and uses AWS Lambda to call their messaging service to integrate alerts to its chat platform. “This way we can see all the alerts in e-mail as well as in the chat application,” says Shankar.

The breadth of AWS services, its ability to facilitate scale, and the quick turnaround time to setup infrastructure were critical aspects that led VideoKYC to choose AWS. But another but equally critical reason to choose AWS was its strong security framework.

“AWS provides many native security features, which are required when you operate in the Banking and Financial Services space. And, KYC in particular is a highly regulated subject in India because you are owning very critical information such as bank account details, Aadhar card details, among others,” says Shankar.

While VideoKYC offers a number of deployment options – from a complete SaaS model hosted on AWS (Mumbai Region) to Hybrid SaaS model to private cloud or even traditional on-premise model, most of its clients are on AWS. “So this makes deploying and managing our platform on their AWS infrastructure extremely simple, reducing the time-to-market and the cost of management and support.”

Today, VideoKYC powers over a million transactions for India’s top banks, which includes Kotak Bank, Axis Bank, IndusInd Bank, ICICI Bank, Paytm Payments Bank, RBL Bank, and Yes Bank. In addition to that, other BFSI players like HDFC Life, Aditya Birla Capital, Max Life Insurance, Tata Capital, Muthoot Capital also use various other services of WorkApps. Rudrajeet says that VideoKYC has been a pioneer in the space. “We were the first to launch the solution with Kotak 811, and today we are also the largest deployed solution in the BFSI sector.”

The on-ground impact speaks for the efficiency and effectiveness of VideoKYC.

“It has brought down the customer onboarding time to 15 minutes from an average of 48 hours as is the norm in a physical KYC process. Banks also save about 90 percent of the KYC cost when done on video. In addition w.r.t. the consumer convenience perspective, the impact is massive,” says the CEO. He adds, “The Video KYC platform, which is deployed on AWS by most of our customers has become the largest customer acquisition channel for banks in India.”The global opportunity

Reflecting on VideoKYC, Rudrajeet says creating a video KYC platform when there was no set precedent and then working on it to develop and nurture into a market-winning enterprise grade platform has been a journey that has catapulted the startup to growth.

“VideoKYC has today become a WorkApps’ flagship product.” The support of angel investor Sashi Reddi (SRI Capital) has also provided the startup much needed guidance on building a global product.

The founder explains that the startup’s strong understanding of the banking and NBFC sector and its dominance in the Indian market has doubled up as an advantage to further its global expansion plans. “The volume that Indian banking players handle is very large. In fact, the volumes handled by one single leading banking player in India is often equivalent to an entire country’s banking volume in some cases. In addition, when it comes to digital banking regulations, India is a forerunner in the space. So, there’s a lot to learn from India for other markets.” It has already channelised efforts in the direction by launching in Thailand in August. “We are in talks with local banking players,” reveals the Founder. Middle East and SouthEast Asia will be a key focus area for VideoKYC's global expansion in the coming months. “While the KYC regulations will be different across regions, we are looking at co-creation to win the market,” says Rudrajeet.

Industry experts say that the accelerated shift to digital will fundamentally change the way banks will scale and grow. Rudrajeet concurs and says “Video will be the future of banking and WorkApps aims to become the default video banking platform for the sector.”