Comments Off on Study: Forestry finance market could soar to $800bn as net zero goals multiply 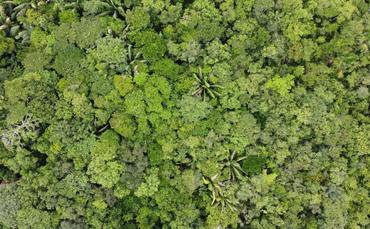 Corporate demand for carbon removal and offsetting will establish forests as a major new asset class that could generate $800bn annually for investors by mid-century, according to the UN’s Principles for Responsible Investment (PRI).

The forest finance market, historically small and managed by the public sector, is set to balloon into a trillion-dollar market over the coming decades as a growing number of corporates make investments in afforestation and reforestation projects that help them meet their net zero goals, according to PRI research today.

The research – which forms part of a new guide to negative emissions and land-use released by the PRI today – predicts the value of assets in the nature-based offsets market could swell to “well over” $1.2tr by mid-century, a figure that even outstrips the current total market capitalisation of oil and gas majors.

Yet even prior to the explosion of net zero commitments from companies over the past 18 months, the value of forestry and land-use CO2 credits had been growing. The value of such credits traded in the voluntary offset market tripled to $172m between 2017 and 2018, while the share of forestry and land-use related offsets grew from 52 to 64 per cent of the total voluntary market, it notes.

But while reforestation and afforestation have emerged the earliest feasible negative-emissions technology investment opportunity for companies looking to offset their carbon, the report also notes that technological solutions could also grow to be a hundred-billion-dollar market. Direct air carbon capture, use and storage (DACCS) and bioenergy with carbon capture and storage (BECCS) technologies could generate a further $625bn by 2050, it estimates.

Fiona Reynolds, chief executive of UN PRI, urged investors to take steps in the near-term to take advantage of investment opportunities in the bourgeoning forest market. “Policy and business momentum have now advanced to a critical mass for forests to begin emerging as a new asset class,” she said. “Investors can act now to unlock investment opportunities and to take an increasingly leading role in financing.”

However, the PRI warns that for investors to take advantage of the burgeoning market, they must take an active role in tackling deforestation, which not only harms the climate but constrains the total investible nature-based solutions market. Rates of deforestation have doubled during the pandemic, it notes, and as such investors must take steps to end investments in companies with deforestation in their supply chains.

“Afforestation activities are the most viable first move, but to ensure success actors must simultaneously focus on ending deforestation,” Reynolds said, adding that global forest laws need to be vigorously enforced and tightened.

The guide urges investors to take a stand in promoting sustainability standards for BECCS, warning that overreliance on the negative-emissions technology will push the world to its planetary boundaries on water and land availability. It also urges investors to promote a global standard for nature-based offset market.

“With more and more companies setting net zero targets, investors also need greater transparency about the negative emission technologies businesses will rely on to get there,” Reynolds added.

“We believe there is a powerful role for forest-based natural climate solutions,” she said. “Yet the feasibility of implementing these strategies across the vast forestlands of the world is yet to be demonstrated and is predicated on an end to deforestation.”