Comments Off on OxyContin Maker Pleads Guilty and Shuts Down 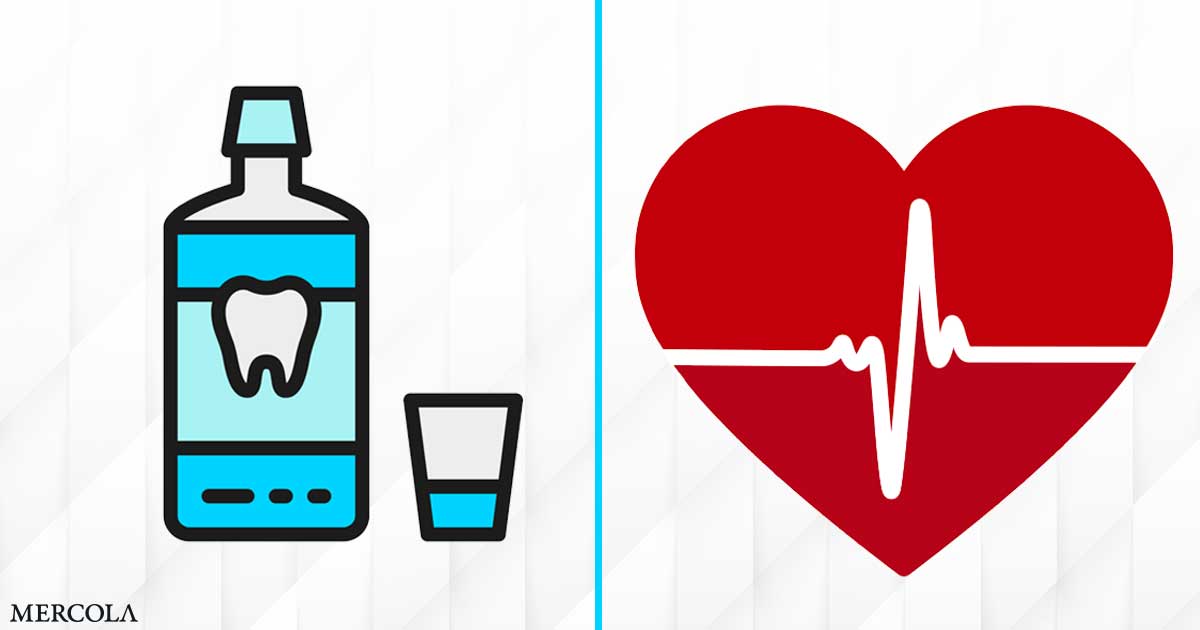 In March 2019, facing an estimated 2,600 lawsuits1,2 relating to its role in creating the opioid epidemic, Purdue Pharma — the maker of OxyContin — announced the company was considering filing for bankruptcy protection.

Around that same time, New York expanded its lawsuit against the company to include allegations that company funds had been fraudulently transferred into trusts and offshore accounts owned by members of the Sackler family in an effort to shield assets from litigation.3,4 In all, court documents reveal the Sacklers transferred more than $10 billion of the company’s funds into family trusts.5

How this does not fall under the fraudulent conveyance statutes, which is attempting to avoid a debt by moving assets to another person or legal entity, boggles my mind. It appears the only reason they got away with this is they found the loophole of transferring their assets offshore.

The New York complaint also charged Purdue with secretly setting up a new company, Rhodes Pharma, in 2007 while the company was being investigated by federal prosecutors, as a way to protect the Sacklers from the mounting OxyContin crisis and continue their profit scheme.6 Rhodes Pharma makes generic opioids, allowing the Sacklers to benefit from the opioid epidemic both in terms of brand name sales and generic sales.7

Rhodes Pharma and Richard Sackler also hold the patent to a new, faster-dissolving form of buprenorphine, a mild opioid drug used in the treatment of opioid addiction,8 allowing the Sacklers to further profit from the addiction crisis they helped instigate, the economic burden of which is costing the U.S. an estimated $504 billion a year.9

Indeed, according to a lawsuit filed in Massachusetts,10 Purdue Pharma and the Sacklers sought to increase opioid prescriptions while simultaneously developing overdose treatment to boost its profits.

Purdue finally filed for Chapter 11 bankruptcy in September 2019.11 At the end of October 2020, Purdue Pharma agreed to plead guilty to three federal criminal charges relating to its role in the opioid crisis, including violating a federal anti-kickback law, conspiracy to defraud the U.S. government and violating the Food, Drug and Cosmetic Act.12,13

To settle the charges, Purdue is supposed to pay $8.3 billion in fines, forfeiture of past profits and civil liability payments.14 However, the company doesn’t have enough cash to cover the payments so, instead, Purdue Pharma will be dissolved, and its assets used to erect a “public benefit company,” in other words, a government-owned and controlled drug company.

The estimated financial cost of opioid addiction and death in the U.S. was $504 billion in 2015. In addition to health care costs, criminal justice costs and lost productivity due to addiction or incarceration, this figure also takes into account projected lost earnings and the value of statistical life for people who died prematurely.

This new company will reportedly be controlled by a trust that will “balance the trust’s interests against those of the American public and public health.”15 Future earnings from this public benefit company will be used to pay off the $8.3 billion penalty, which in turn is supposed to be used to combat the opioid crisis.

This is a remarkable development, and one wonders just how functional this setup is going to be. In essence, the government will now be in the business of making and selling opioids, the profits from which will then be used to combat opioid addiction. It seems like a circular and rather illogical setup. According to CNN:16

“Deputy Attorney General Jeffrey Rosen, who announced the settlement, defended the plans for the new company to continue to sell that drug, saying there are legitimate uses for painkillers such as OxyContin.”

The Sackler family, meanwhile, have reached a separate settlement in which they will pay $225 million in civil liability for causing false claims about OxyContin to be made to Medicare and other government health care programs.17

While the agreement does not release the Sacklers from potential criminal liability, it seems the family will walk away scot-free. And, considering they already transferred some $10 billion into their family trusts, the $225 million fine is a very small fraction, so they won’t end up wanting financially either.

It’s unclear whether this DOJ agreement affects or includes the Sacklers’ other opioid company, Rhodes Pharmaceuticals. If not, it falls short in that respect too, since they would then be able to continue their opioid business. Between 2009 and 2016, Rhodes’ market share of opioid sales actually exceeded that of Purdue itself.19

Aside from Purdue and Rhodes, the Sacklers have also profited from Napp Pharmaceuticals, a Cambridge-based drug company that manufactures — you guessed it — opioids.20 In 2018, seven family members resigned from their directors’ posts at Napp following a string of bad publicity relating to alleged tax evasion schemes.

Mortimer Sackler, since deceased, was found to have avoided paying income tax, capital gains tax and inheritance taxes in the U.K. by falsely claiming non-domiciled status. The family was also accused of using a Bermuda-based company to avoid paying corporate taxes for Napp Pharmaceuticals.21

Even though $8.3 billion is a record-breaking settlement, states have filed claims exceeding $2 trillion in Purdue’s bankruptcy case, and according to a November 2017 report22 by the White House Council on Economic Advisers, the estimated financial cost of opioid addiction and death in the U.S. was $504 billion in 2015.

In addition to health care costs, criminal justice costs and lost productivity due to addiction or incarceration, this figure also takes into account projected lost earnings and the value of statistical life for people who died prematurely.

In response to the Justice Department’s settlement with Purdue Pharma, 25 state attorneys general sent a letter23 to U.S. Attorney General William Barr, in which they object to the settlement and argue against the government getting involved in the opioid business. The letter, dated October 14, 2020, reads in part:24

“We write to ask you to revise a proposed DOJ settlement agreement that reportedly would wrongly mandate that Purdue Pharma’s infamous OxyContin business be preserved as a public trust.

A business that killed thousands of Americans should not be associated with government. Instead, the business should be sold to private owners, so the government can enforce the law against it with the same impartiality as for any other company …

The role of government in any OxyContin business should be to enforce the law, just as against any other company. The public deserves assurance that no opioid business is given the special protection of being placed under a public umbrella.

Although it may take time to find a private sector buyer, the public should be confident that public officials are seeking to avoid having special ties to an opioid company, conflicts of interest, or mixed motives in an industry that caused a national crisis.”

“This settlement provides a mere mirage of justice for the victims of Purdue’s callous misconduct. The federal government had the power here to put the Sacklers in jail, and they didn’t. Instead, they took fines and penalties that Purdue likely will never fully pay.

Every dollar paid here is one dollar less for states like Connecticut trying to maximize money from Purdue and the Sacklers to abate the opioid epidemic. Preserving Purdue’s ability to continue selling opioids as a public benefit corporation is simply unacceptable.”

How Purdue Launched and Fueled the Opioid Epidemic

In previous articles, I’ve discussed the role false advertising played in the creation of the opioid crisis.26 To recap, a single paragraph in a 1980 letter to the editor27,28 (not a study) in The New England Journal of Medicine — which stated that narcotic addiction in patients with no history of addiction was very rare — became the basis of a drug marketing campaign that has since led to the death of hundreds of thousands of people.

Purdue Pharma used this letter to the editor as the basis for its claim that opioid addiction affects less than 1% of patients treated with the drugs. In reality, opioids have a very high rate of addiction and have not been proven effective for long-term use.29

Research30 published in 2018 also shows opioids (including morphine, Vicodin, oxycodone and fentanyl) fail to control moderate to severe pain any better than over-the-counter drugs such as acetaminophen, ibuprofen and naproxen.

Various court cases have demonstrated how Purdue systematically misled doctors about OxyContin’s addictiveness to drive up sales. The inevitable result of Purdue Pharma’s ruthless and immoral marketing campaign has been skyrocketing opioid addiction, which killed 46,802 Americans in 2018 alone.31

Adding insult to injury, when it became clear that people were dying in droves from opioid overdoses, Purdue launched an extensive damage-control operation that included the suggestion that those dying from opioids were already addicts, and that this wouldn’t happen to patients who were not already addicted to drugs. The company also sought to cash in on the rising addiction trend twice by getting into the business of creating overdose treatments.

Perhaps most egregious of all has been the reckless prescribing of opioids to young people. Here, dentists have been a major part of the problem, as opioids are frequently prescribed when extracting wisdom teeth.

Insurance claims data from 2016 and 2017 reveal 60% of children between the ages of 1 and 18 with private insurance filled one or more opioid prescriptions after surgical tonsil removal,32,33 and dentists wrote a staggering 18.1 million prescriptions for opioids in 2017.34

As noted by Ronnie Cohen in a March 2019 article35 in The Washington Post, “until recently, dentists seemed to have had no idea they may have been helping to feed an epidemic that resulted in a record 70,237 U.S. drug overdose deaths in 2017.”36

But contribute they have, and according to data37 from the University of Michigan, 31.8%, or just over 1 in 3 people who misused opioids during their high school years ended up using heroin by age 35. Data from the National Institute on Drug Abuse also confirms that prescription opioid use is a significant risk factor for subsequent heroin use:38

Incidence of heroin use was 19 times higher among those who had used opioids nonmedically than among those who had not used an opioid
86% of young, urban injection drug users had used opioid pain relievers nonmedically before starting heroin. The three primary sources of opioids were family, friends and personal prescriptions. This is the reverse trend from the 1960, when more than 80% of those who started abusing opioids had started with heroin
Of those who began abusing opioids in the 2000s, 75% reported that their first opioid was a prescription drug
Nearly 80% of heroin users reported using prescription opioids prior to heroin

Regardless of the brand of opioid, it’s important to realize they are extremely addictive drugs and not meant for long-term use for nonfatal conditions. Chemically, opioids are similar to heroin, so if you wouldn’t consider shooting up heroin for a toothache or backache, seriously reconsider taking an opioid to relieve this type of pain.

The misconception that opioids are harmless pain relievers has killed hundreds of thousands, and destroyed the lives of countless more. In many cases, you’ll be able to control pain without using medications.

In my previous article, “Billionaire Opioid Executive Stands to Make Millions More on Patent for Addiction Treatment,” I discuss several approaches — including nondrug remedies, dietary changes and bodywork interventions — that can be used separately or in combination to control pain, both acute and chronic.

If you’ve been on an opioid for more than two months, or if you find yourself taking a higher dosage or taking the drug more often than you initially did, you may already be addicted. Resources where you can find help include the following.

You can also learn more in “How to Wean Off Opioids.” I also recommend keeping an eye out for my upcoming article about how low dose naltrexone (LDN), an opioid antagonist, is being used at ultra-low micro doses of 1 microgram to successfully treat opioid addiction.