Hiring activities declined by 61 percent in May due to the nationwide lockdown to contain COVID-19 pandemic, according to a report.

This is the second consecutive month of more than 60 percent decline in hiring activities.

Recruitment declined 61 percent to 910 job postings in May as compared to 2,346 in the same month last year, according to NaukriJobSpeak Index. 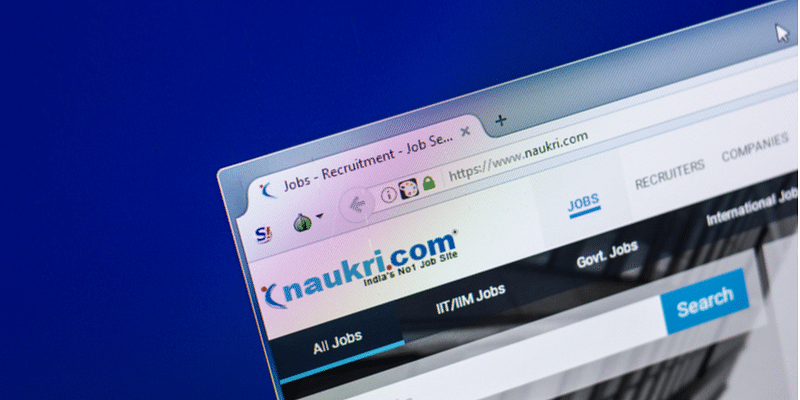 NaukriJobSpeak is a monthly index, which calculates and records hiring activities based on the job listings on Naukri.com.

The report further revealed that the May decline in hiring is led by industries like hotel, restaurant, travel, airlines (91 percent), retail (87 percent), auto, ancillary (76 percent), and BFSI (70 percent).

The job market across cities registered a double-digit dip of more than 50 percent, it added.

Decline in recruitment activities in Kolkata was mainly led by auto and ancillary (98 percent) and hospitality (94 percent) sectors.

All experience bands recorded a negative growth and the demand for professionals in the hospitality and accounting sectors saw a decline of 96 percent and 84 percent, respectively.

Meanwhile in Delhi and NCR, hiring activities in the hospitality and accounting industries saw a dip by 94 percent and 81 percent, respectively.

Recruitment activities across all experience levels saw a negative double-digit growth, it added.

In Mumbai, hiring in the hospitality and auto sectors slipped 93 percent and 80 percent, respectively, the report said.

The recruitment activity across experience levels witnessed a fall of an average 64 percent, it added.

The entry-level experience bands (0 to 3 years) saw the sharpest decline of 66 percent.

The hiring for senior-level executives (4-7 years) fell 62 percent, while in middle management (8-12 years) roles it declined by 55 percent, senior management (13-16 years) by 50 percent and leadership roles (over 16 years) by 48 percent, it added.

Even as the hiring activities are down, more than 50 percent of job seekers are utilising the time at hand due to the lockdown for self-development and career advancement, as per the latest Naukri survey conducted with 50,000 job seekers.

Data science and analytics courses at 22 percent, followed by digital marketing (20 percent), and finance and risk management (16 percent) were among the top courses being picked up by job seekers to up-skill themselves, it added.

"The extension of the lockdown has resulted in a continued decline in hiring activities for the third consecutive month. In a recently conducted survey with recruiters and HR heads, about 39 percent said critical hiring is still taking place and we are seeing the same on the site with industries like pharmaceuticals, healthcare, insurance, and IT-software posting jobs during the lockdown," Naukri.com Chief Business Officer Pawan Goyal added.