Princes is 16 and a senior in high school. She works a part time job. And she is not participating in any sports this year. (At least, at this point.)

So just like the twins before her, she will begin taking on some financial responsibilities.

Time to Pay Some Bills

She will begin paying her phone bill at $45 per month. She has the opportunity to reduce that to $35 if she wants to get rid of the hot spot service which is an add on she has.

Princess will also begin paying 1/2 of her monthly insurance premiums at $125 per month. 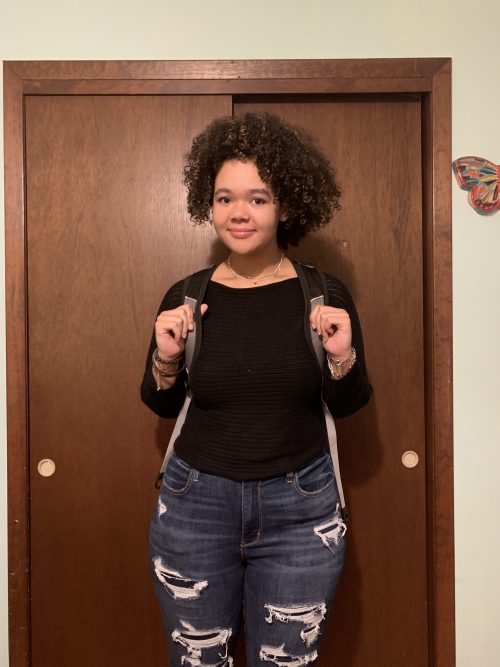 This responsibility would have begun earlier this summer; however, we made a deal that I would pay for her car insurance if she would attend summer school and take two college classes.

And I would probably not be implementing this responsibility if she was continuing to participate in school sports. The time commitment and time management responsibility she takes on when managing school, a part time job along with sports would be equal in my mind to stepping into some minor financial responsibilities.

But…since she has chosen to give up sports for the time being, it is time.

I am often accused of unequal treatment of my children on this blog. And that hurts. But I can tell you that I have set down and done some soul searching and discussed this with the twins. And I can assure you that any “inequality” is just difference in treatment, not anything else.

The post Growing Up means Paying Bills appeared first on Blogging Away Debt.

It is official. Princess has her first job. She turned 16 earlier this week. Applied for jobs the next day. Went in for an interview the day. And was hired on the spot. Score! 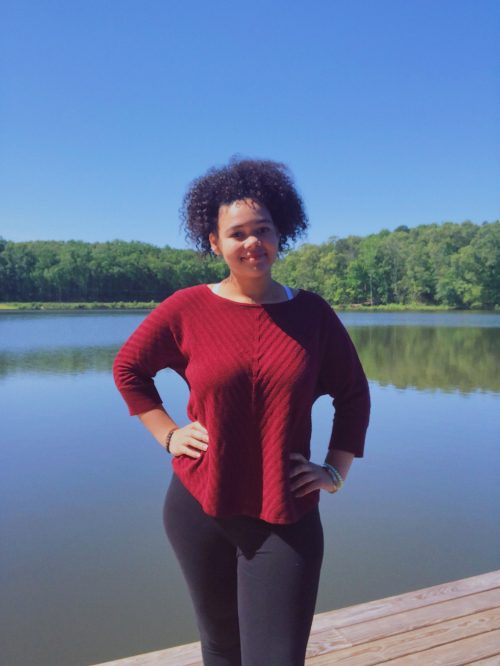 We are not sure how many hours she will get per week; although, she told them she would like to work full time. She will make $8 an hour at a local fast food restaurant as a cashier.  Unfortunately, there has been a delay in getting her drivers license due to logistics within the state so she won’t be able to drive until the end of the month.

A New Car in the Family

As a result of all this, History Buff is ramping up his plans to get his own car. I am not sure how this will pan out as I do not know how much he has saved. And for now, there will be no other car for Princess, so she and I will share as originally planned. Her dad changed his mind about coming for her birthday at the last minute. And at this point says he doesn’t have the money for a car. All of which is fine, and not a complete surprise. Just disappointing since he told her repeatedly she would get a car for her 16th birthday and that he was going to come for her birthday. But frankly, neither of us was surprised when neither panned out. But I was disappointed for her.

The Increased Cost of Auto Insurance

Wait for it…$1,898 for a 6 month policy. And that’s if we do not add a 3rd car to the policy. I’m not sure what it will be if we add another car. I also quoted removing one or both of the twins in case that would be cheaper, since they pay their own insurance. But since they are under 25 and still live at home, it continues to be cheaper for them to stay on the family policy.

The post Guess who got a job!?! appeared first on Blogging Away Debt.

History Buff has now been working his full time job for a month now. But his “adult” obligations have not increased at all. He continues to pay his cell phone and auto insurance bill through me as he’s on my accounts. But otherwise, he manages his own monies and does not contribute to the household.

Sea Cadet was sent home early from his “year with Americorp” due to the virus and has been seeking employment of any kind. But he is hoping to stay in his trained profession of EMS or emergency management. Meanwhile, he has resumed his duties as volunteer firefighter is now taking the Fire I course to become a firefighter. I have been covering his cell phone and car insurance bill while he has been serving with Americorp after his savings ran out and am continuing to do so while he finds work. He gets a bi-weekly stipend from Americorp and he uses it for his living – gas for his car, oil changes, etc for now. 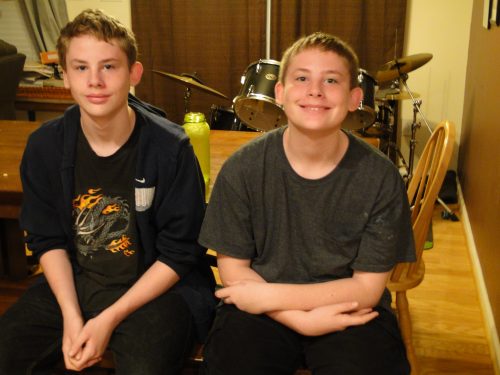 Twins 13th Birthday – two weeks after they were placed with me as foster kids. I cannot believe how far we have come!

The Next Phase Towards Adulthood

After much research and speaking with trusted advisors, I have decided it is time for the twins to take the next step into adulthood. And frankly, this has probably caused me more sleepless nights and questioning of my parenting than most decisions I have made…so I am certainly not sure I am right. But this is what we are doing.

The twins will now pay $250 per month in rent. This will help cover the household bills, the groceries and such. All of which they contribute to. They will still be expected to do weekly chores as we all do to maintain our living environment. And they will continue to pay their own cell phone and auto insurance bills through me.
When their phone contracts end, they are to evaluate moving onto their own plan. It will be their decision if they want to stay under my account or move out onto their own. But either way, they will begin paying the service provider rather than me. And if they do remain under me, they understand that it is a 2 year commitment.
They must both begin preparing and researching moving out. At this time, the goal for that is next Spring. This time period was chosen to 1) give them plenty of time and 2) free me to make a move of my own after Princess graduates and heads off to college (assuming Gymnast chooses to remain with his dad.)

One more caveat, if either of them decides to return to school full time, they are always welcome to live at home, wherever that may be, I will do my best to help support them. But at this point, neither of them is planning to pursue additional schooling at this time.

These changes kick in for History Buff beginning in May. And for Sea Cadet in June. (If Sea Cadet does go to Virginia to work at the summer camp, he will not have to pay rent while he is away, but he will resume paying his other bills as soon as he has a full time job which we anticipate will be any day now.)

What do you think? Have you had to “phase” your adult children into adulthood and out of the house and your financial care? It’s a foreign concept for me and my siblings as we were all anxious to move out. And when we did live with our parents in adulthood, there was a specific purpose and time period already in place. Again, I don’t know if this is the right move, but it’s what I’ve come up with.

The post It is Time for My Adult Children to Adult appeared first on Blogging Away Debt.

Many commenters balked at the $250 I have decided to charge the twins in “rent” beginning next month OR when they have a full time job and are not full time students. Let me explain my logic a bit. And believe me, I did not just whimsically decide to do this or magically pick a number out of the air.

I consulted several seniors who are much more wise and experienced then me, including my own parents who have several of us children (there are 5 of us) move back in with them for periods over our adulthood. In addition, I spoke with people my age who have had to move back in with their parents at some point or another to see how it worked. I don’t know anyone who did not move out of their parents’ house right after college or as so as they had a full time job. That was everyone I knows first priority.

Excluding the whole pandemic situation which is so far from the norm that there is no way to predict or plan for it or around it, the consensus was that charging adult children to live at home was a standard practice as was having a move out goal. The feedback on saving and returning some of that money was split, some returned all when they moved out, some returned part and many did not. In all cases, this was not implemented in “hard” times for the adult child or as a punishment, but rather when they were gainfully employed and did not seem intent on making any forward moves on their own either in education or financially (savings.)

First, let’s break down our monthly living expenses that I considered when coming up with this number.

Before you jump on me…

The utilities number is an average from the last year.

Depending on the season and temperature outside, the monthly cost varies. And I can tell you that in just the month since Sea Cadet and Gymnast have returned, our water bill has jumped an extra $20 per month.

While I must keep the internet for work, I can tell you the twins would not live without high speed internet for their Xbox addictions. And they definitely make use of it.

While my last budget showed a reduced budget for groceries, we have added two young men back into the house and we are all eating 3+ meals here a day. It’s taking every trick I know to stay at this number.

And just so everything is out there for full review.

The twins each pay their own cell phone bill and equipment fees. (Both have purchased phones on payment plans.)

The twins each pay their own car insurance. Since they are currently sharing Sea Cadet’s car, it is half what it will be once History Buff buys a car.

Sea Cadet has not been paying these bills since last August when he went with Americorp, I have been covering them for him. (His car insurance was not active while he was gone, but he was re-added when he moved back home.)

He is now paying $25 every two weeks from his Americorp stipend until he gets a full time job and begins paying in full.

Both twins contribute to weekly chores around the house, as do the younger two children.

These chores take no more than 1-2 hours per week. And none of the children are paid for this chores, it is expected as part of living here and maintaining the cleanliness of our home.

Each twin has their own bedroom, own closet and while we share the shower in their bathroom, they are the only ones who use the toilet, sink and storage in there.

While, yes, Sea Cadet’s bedroom would traditionally be the living room, it has a door on it and I moved all of my office stuff out when he moved back, giving him his own room. (Gymnast and Princess are sharing the largest room in the house and they both use the bathroom in my room as their main bathroom.)

I think this will give the BAD readers a more complete picture of how we live.

And more importantly, how I came up with the number to charge in “rent” for my grown kids who are no longer full time students, or even part time students when they have full time jobs.