The fast-spreading coronavirus has emerged as one of the biggest threats to the global economy. And, the impact can significantly be seen in the startup ecosystem.

A month-long e-survey conducted by NASSCOM in May to study the impact of the COVID-19 pandemic on Indian startups showed that 70 percent of startups have less than three months of cash runway.

Among sectors, agritech and fintech startups are the worst hit when it comes to funding, the survey found. 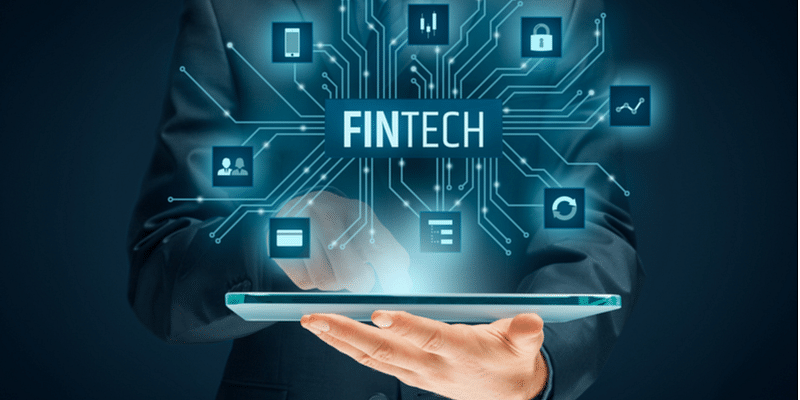 However, amid the pandemic, with the practice of social distancing and zero-touch policy, digital payments and transactions recorded remarkable growth and lured investors.

Here are 11 fintech startups that managed to raise funds during the pandemic.

Mumbai-based rural fintech startup Jai Kisan on June 16, 2020, raised Rs 30 crore in a Pre-Series A round led by Arkam Ventures (previously known as Unitary Helion), with participation from NABVENTURES Fund I (backed by NABARD).

Founded in 2017 by Texas A&M University graduates Arjun Ahluwalia and Adriel Maniego, Jai Kisan is building a rural fintech full-stack platform to cater to the financial needs of customers in rural emerging markets. 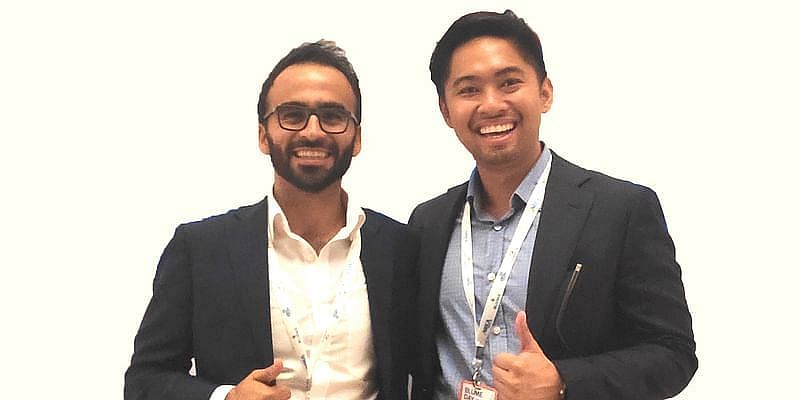 Over the past six months, it has disbursed over Rs 50 crore in loans of top-tier credit quality to a diverse set of 5,500+ borrowers from various income groups across 10 states.

In April this year, Bengaluru-based fintech startup Setu raised $15 million in a Series A financing round led by Falcon Edge and Lightspeed Venture Partners US, along with existing investors Lightspeed India Partners and Bharat Inclusion Seed Fund.

Co-founded by Sahil Kini, former Principal at Aspada Investments, and Nikhil Kumar, a former fellow at iSPIRT Foundation, Setu is a fintech API infrastructure provider that connects regulated financial institutions to other companies that wish to offer financial services to their customers. 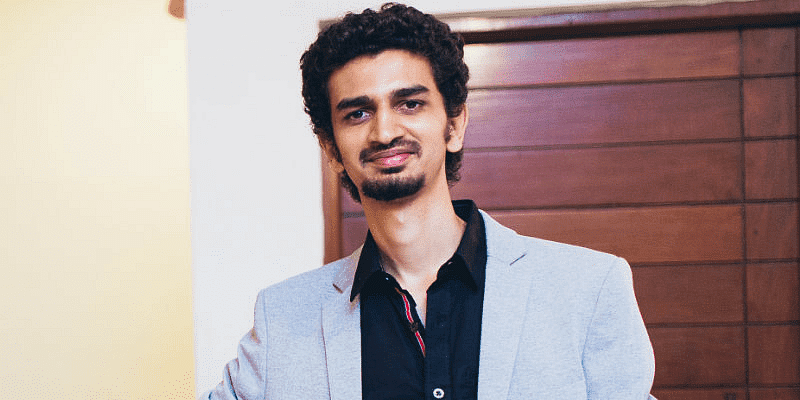 According to the startup, it will be using these funds to continue strengthening its team, roll out a suite of new products, and improve its technology infrastructure.

NIRA, a fintech startup offering small-ticket loans to blue and grey-collared workers via its mobile app and website, in April closed $2.1 million in Pre-Series A round from existing and new angel investors in the UK, Europe, and India.

The funding will be used to add high-quality talent to its team, further develop its product and technology, and scale up its lending volumes. 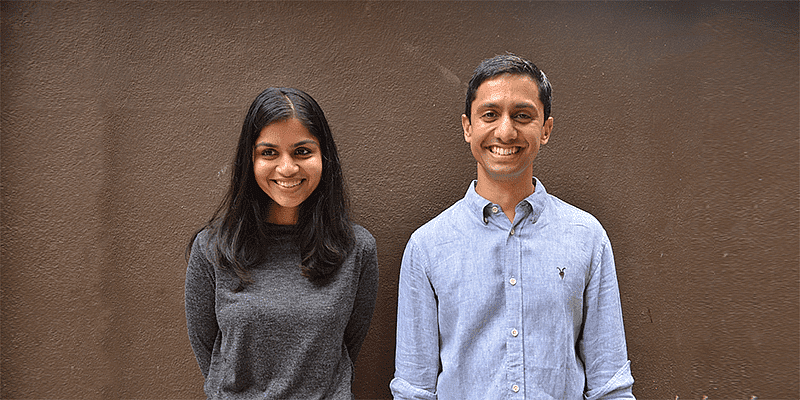 Co-founded by ex-Goldman Sachs colleagues Rohit Sen and Nupur Gupta, NIRA offers access and credit to working Indians at their time of need. The startup offers loans of up to Rs 1 lakh for up to one year, via its app-based credit line.

Launched exclusively in Bengaluru in mid-2018, NIRA now operates pan-India with many thousands of customers from more than 100 cities across the country.

API fintech platform YAP in April raised $4.5 million in its Series A round led by Singapore-based venture capital firm BEENEXT.

The Chennai-based startup said the funds will be used to strengthen the team, build technology, and offer enhanced API products to fintech with a specific focus on enabling access to credit, corporate banking solutions, cross border payments, and the freshly minted Neobanking stack.

YAP currently provides API-based financial services access to over 200+ fintechs, and the startup has raised over $1 million in angel financing earlier this year.

Khatabook, a Bengaluru-based utility solutions provider that helps micro, small, and medium-sized businesses track business transactions, in May closed a $60 million Series B round of funding led by B Capital Group.

More than one million merchants are uploading data and engaging with the Khatabook app daily while adding $200 million worth of transactions every day. 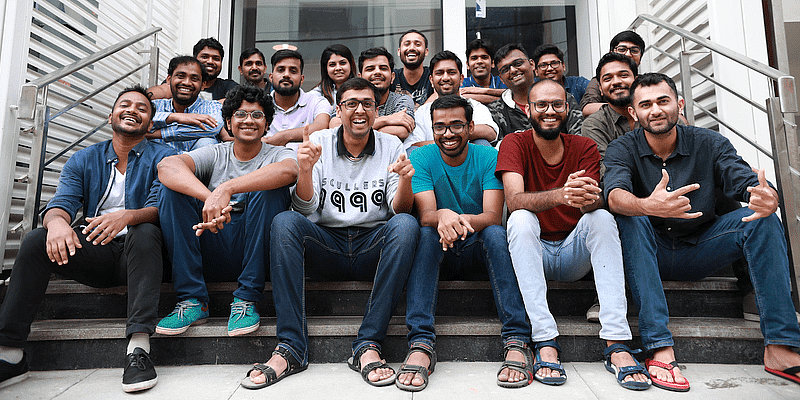 The startup also said that using a digital-first user acquisition approach has helped Khatabook reach over eight million active merchants across 11 languages in less than a year.

The Bengaluru startup will use the funds to ramp up its product offering for its core merchant base, with a view on building solutions around financial services and a merchant-focussed distribution platform.

To date, it has raised more than Rs 1,050 crore of equity capital from investors. The current funding will be deployed to expand the startup’s lending base, and further, reach out to small and underserved micro and small enterprises. It also wants to strengthen the startup’s technological and analytics capabilities.

Founded in 2014 by Harshvardhan Lunia and Mukul Sachan the startup claims to have evaluated nearly half a million applications, disbursing 1,00,000+ loans to more than 89,000 MSMEs in 1300+ cities across 29 states and union territories of the nation since its inception. 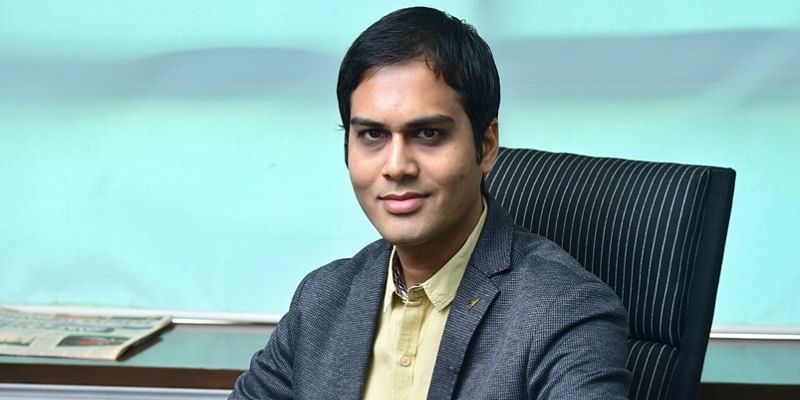 The startup is currently based in Ahmedabad, with offices in Bengaluru, Mumbai, Delhi-NCR, and Kolkata, but has a service reach across India.

Global fintech startup Nium (earlier InstaReM) in May raised a new round of equity funding joined by new investors Visa and BRI Ventures (the corporate venture arm of Bank BRI of Indonesia).

Nium said it will be using the funds to further build its diversified payment infrastructure offering that includes outreach to consumers, SMEs, large enterprises, as well as banks and financial institutions. 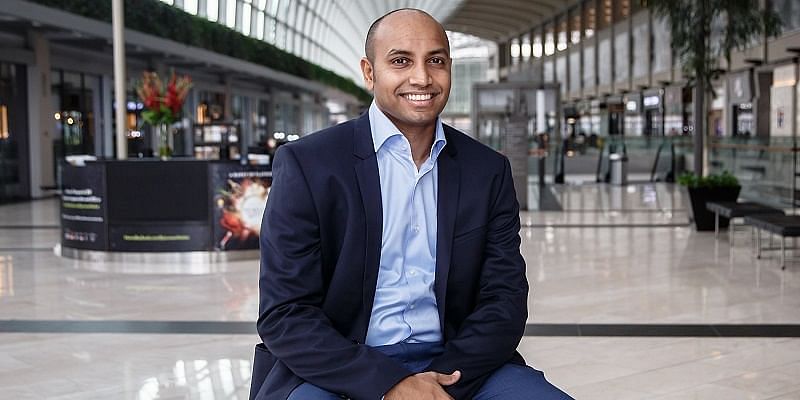 It is currently licensed in Japan, Indonesia, EU, Australia, Canada, Hong Kong, Malaysia, India, and Singapore, and claims to operate in over 90 countries, 65 in real-time, and in 63 currencies.

HomeCapital, a Mumbai-based fintech startup focussed on accelerating housing among millennials in India, raised a funding round in April led by Varanium NexGen Fund. 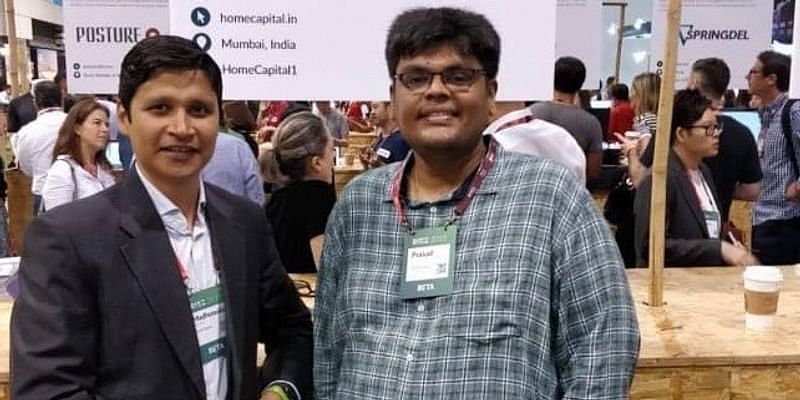 The startup claims that it supports home buyers in eight cities, including Mumbai, Bengaluru, Chennai, Pune, and Kolkata, among others. It will use the proceeds of this round to expand operations and scale technology infrastructure. 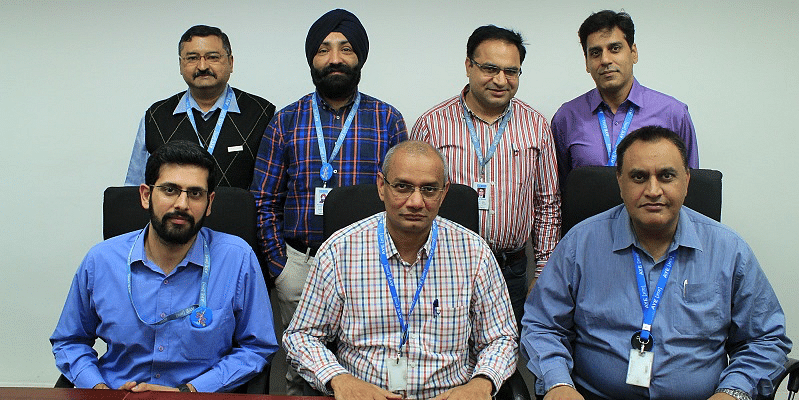 Since its inception in 2014, Aye Finance claims to have provided $410 million worth of credit loans to over 1,96,000 grassroots businesses that would otherwise be left out of the formal financial system. 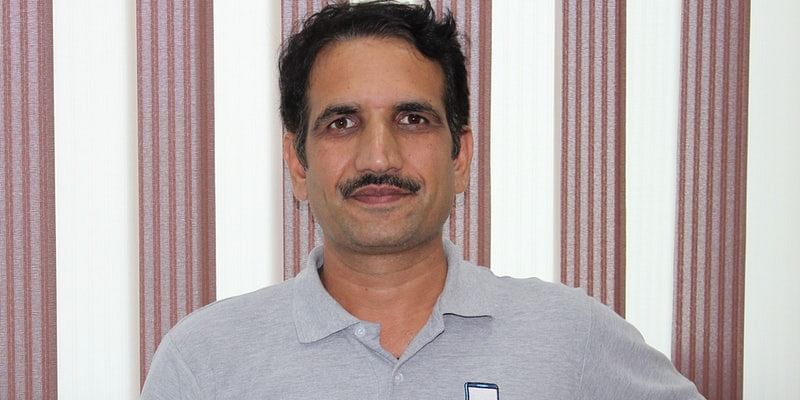 Launched in July 2019 by Suneel Kumar, Gaurav Tomar, and Sucharita Reddy, Mera Cashier is an app for small and micro businessmen to record and manage credit transactions.

Enterprise fintech startup Recko in  April raised $6 million in Series A funding led by Vertex Ventures Southeast Asia and India. The funding will be used towards hiring, product development, and expanding its presence outside India. 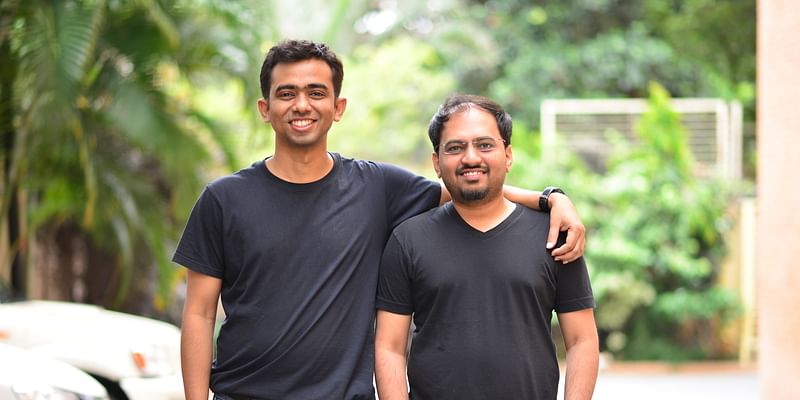 Also Read[Funding alert]: Recko raises $6M in Series A round led by Vertex Ventures, with participation from Prime VP

Founded in 2017 by serial entrepreneurs Prashant Border and Saurya Prakash Sinha, the startup enables AI-powered reconciliation of digital transactions. It has recently started working with banks, NBFCs, and insurance companies, and is running pilots with them.

Mumbai-based Insurtech startup, Riskcovry, on Thursday announced that it has raised an undisclosed amount in its pre-Series A round from Bharat Inclusion Seed Fund, Varanium Capital, and Better Capital.

Riskcovry considers itself as a neo-insurer providing "insurance-in-a-box" solution, allowing any business with a large captive user base to enable distribution of insurance to their users in an end-to-end fashion. The company has taken the payment gateway (PG) approach of enabling insurance as a financial services layer to any business.

Riskcovry enables the distribution of multiple insurance products across life, non-life, and health with plug-and-play infra to support any distribution use-case. 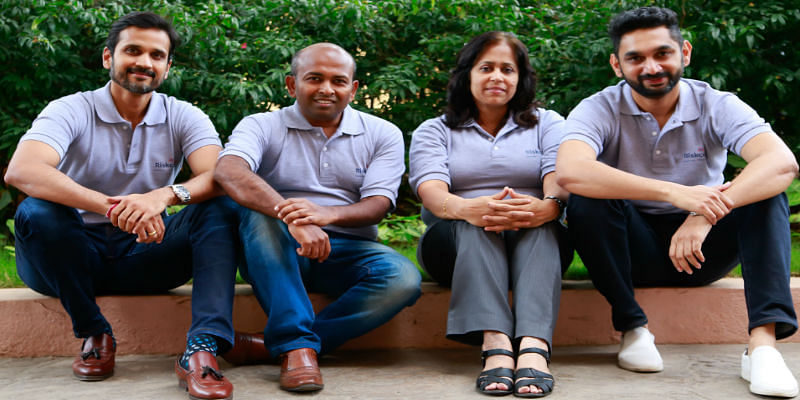 The startup was founded in 2018 by Suvendu Prusty, Sorabh Bhandari, and Chiranth Patil.

The founders, in a joint statement, said,

“This round will help us scale on our product-market fit, and serve more enterprise customers across segments that enable both mainstream and alternative insurance distribution. We look forward to building out our technology, product, data sciences, sales, and growth teams.”

Suvendu and Sorabh are ex-insurance industry execs who built the distribution books of two insurers, whereas Chiranth is a two-time founder who comes from a fintech and strategy background. Vidya Sridharan is the CTO and brings in deep technology experience.

Riskcovry falls into the “financial infrastructure” bucket, where fintech startups enable the ‘rails’ or ‘pipes’ that connect various payers within the industry’s value chain via APIs (Application Programming Interfaces) in order to interact with each other.

Some recent deals in the "Financial Infrastructure" space include payments and cards infra provider M2P, which raised Series A funding of $4.5 million, led by BeeNext and fintech infra company Setu secured Series A round of $15 million led by LightSpeed with co-investment from Bharat Inclusion Seed Fund among others.

How has the coronavirus outbreak disrupted your life? And how are you dealing with it? Write to us or send us a video with subject line 'Coronavirus Disruption' to [email protected]