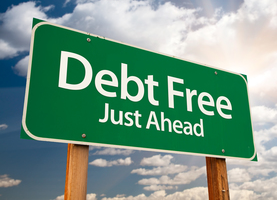 Many commenters balked at the $250 I have decided to charge the twins in “rent” beginning next month OR when they have a full time job and are not full time students. Let me explain my logic a bit. And believe me, I did not just whimsically decide to do this or magically pick a number out of the air.

I consulted several seniors who are much more wise and experienced then me, including my own parents who have several of us children (there are 5 of us) move back in with them for periods over our adulthood. In addition, I spoke with people my age who have had to move back in with their parents at some point or another to see how it worked. I don’t know anyone who did not move out of their parents’ house right after college or as so as they had a full time job. That was everyone I knows first priority.

Excluding the whole pandemic situation which is so far from the norm that there is no way to predict or plan for it or around it, the consensus was that charging adult children to live at home was a standard practice as was having a move out goal. The feedback on saving and returning some of that money was split, some returned all when they moved out, some returned part and many did not. In all cases, this was not implemented in “hard” times for the adult child or as a punishment, but rather when they were gainfully employed and did not seem intent on making any forward moves on their own either in education or financially (savings.)

First, let’s break down our monthly living expenses that I considered when coming up with this number.

Before you jump on me…

The utilities number is an average from the last year.

Depending on the season and temperature outside, the monthly cost varies. And I can tell you that in just the month since Sea Cadet and Gymnast have returned, our water bill has jumped an extra $20 per month.

While I must keep the internet for work, I can tell you the twins would not live without high speed internet for their Xbox addictions. And they definitely make use of it.

While my last budget showed a reduced budget for groceries, we have added two young men back into the house and we are all eating 3+ meals here a day. It’s taking every trick I know to stay at this number.

And just so everything is out there for full review.

The twins each pay their own cell phone bill and equipment fees. (Both have purchased phones on payment plans.)

The twins each pay their own car insurance. Since they are currently sharing Sea Cadet’s car, it is half what it will be once History Buff buys a car.

Sea Cadet has not been paying these bills since last August when he went with Americorp, I have been covering them for him. (His car insurance was not active while he was gone, but he was re-added when he moved back home.)

He is now paying $25 every two weeks from his Americorp stipend until he gets a full time job and begins paying in full.

Both twins contribute to weekly chores around the house, as do the younger two children.

These chores take no more than 1-2 hours per week. And none of the children are paid for this chores, it is expected as part of living here and maintaining the cleanliness of our home.

Each twin has their own bedroom, own closet and while we share the shower in their bathroom, they are the only ones who use the toilet, sink and storage in there.

While, yes, Sea Cadet’s bedroom would traditionally be the living room, it has a door on it and I moved all of my office stuff out when he moved back, giving him his own room. (Gymnast and Princess are sharing the largest room in the house and they both use the bathroom in my room as their main bathroom.)

I think this will give the BAD readers a more complete picture of how we live.

And more importantly, how I came up with the number to charge in “rent” for my grown kids who are no longer full time students, or even part time students when they have full time jobs.