Coronavirus: Brand Moves for Wednesday May 13 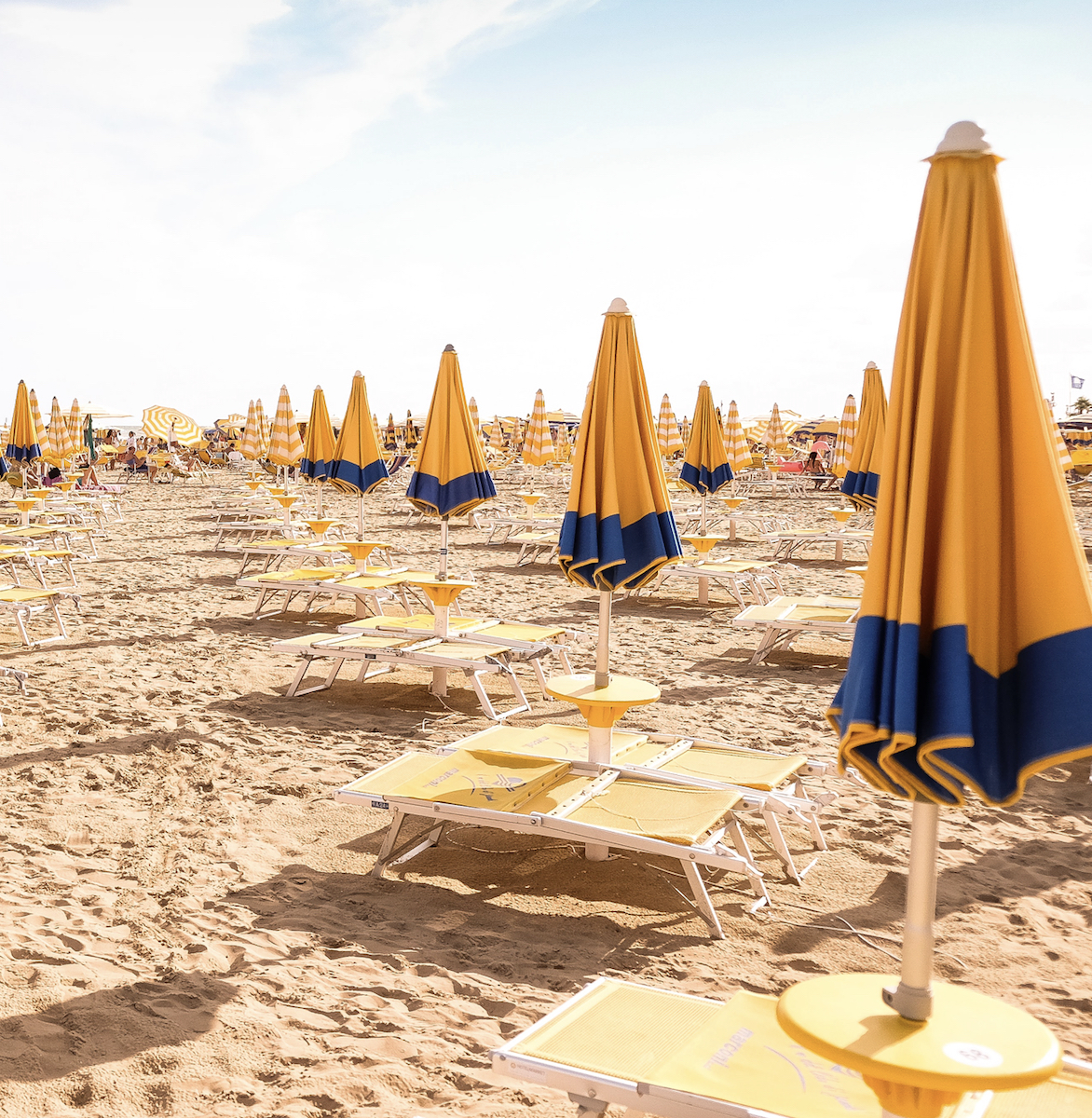 According to Allianz research, coronavirus could prove fatal to as many as 9 percent of SMEs in Germany and 11 percent in the six largest economies in Europe this year. The researchers forecast a hit of as much as 1.34 trillion euros to the Eurozone economy from the pathogen. To protect hitherto healthy German companies, including SMEs, from ruin and prevent a domino effect on supply chains, Allianz’s trade credit insurer Euler Hermes has joined up with Germany’s federal government and the German Insurance Association. Under the initiative, the government will backstop losses of 30 billion euros for trade credit insurers this year to cover payment defaults by clients of German companies. Euler Hermes and the other participating insurers will transfer 65 percent of their premium income to the government, in addition to covering losses of up to 500 million euros and all default risks exceeding the 30 billion euros of the government guarantees. Euler Hermes also reached an agreement with the French government, leading the negotiations together with other insurers and insurance associations to develop economic support solutions. A similar scheme was announced in Belgium through collaboration with credit insurers, governments and trade associations. To soften the blow to SMEs, Allianz Spain has initiated several support measures, including delaying premium payments for up to 120 days, while Allianz France has pledged to contribute up to 28 million euros of the 400 million euros that the French Insurance Federation is donating to a French government fund aimed at helping small companies and independent workers.

Travel giant Tui has just set out a road map for restarting the industry as the coronavirus pandemic eases. The company plans to run holidays at scale from July. “Summer holidays are possible responsibly and with clear rules,” chief executive Fritz Joussen said. The Anglo-German holiday company says it is “ready for an early resumption of travel activities in Germany and Europe”.  Tui is about to reopen two German hotels, in Sylt and Mecklenburg. It has also announced a range of safety measures designed to reduce the risk of infection. When package holidays begin again, passengers on Tui flights will fill in health questionnaires and screened before boarding with a temperature scan. They must wear face masks during the journey. Boarding of aircraft will be staggered, with more buses deployed where necessary. Seats on flights will be “assigned apart as much as possible on flights with lower occupancy” – but this will not happen on full planes. Between the airport and the resort, the company envisages an “increased offering of private transfers”. At the destination, Tui has promised “implementation of 1.5-2 metre safety distance” – reflecting the difference between the German and UK measures of social distancing. There will be fewer tables in restaurants, with extended opening hours to compensate, and a serviced buffet instead of the traditional self-service buffet with priority on open-air seating spaces.

Team sports will be replaced by other activities, with tennis instead of soccer. Saunas will be closed. Tui will try to arrange “Increased availability of outdoor activities,” and its excursions will involve smaller groups. On Tui’s cruises, buffets will be closed and only every third seat will be occupied in theatre. “Frequently touched surfaces” will be cleaned every 30 minutes, and there will be additional health staff onboard – with COVID-19 testing devices on board. The first cruises will be on the North Sea, departing from German ports. UK sales for the winter of 2020-21 are up 8 per cent, and the first bookings for summer 2021 have more than doubled – though many of these are from holidaymakers who have postponed their trips from this year.  Mr Joussen rejected the suggestion that prices for 2021 had soared, saying: “Prices will be reasonably stable; 30 per cent price increases don’t fit into the picture.”

Alphabet (Google)-founded self-driving car Waymo has raised a further $750 million, pushing the total investment the company has announced in the past two months to $3 billion to bolster its financial war chest, at a time when the coronavirus pandemic has added a new momentum to developing self-driving vehicles. Autonomous vehicle (AV) companies are now demonstrating the potential for contact-free delivery, facilitating thousands of essential deliveries in small pockets across the US. The coronavirus crisis “spotlights a way that AVs can be a public good, in a way that nobody could have imagined even a few months ago,” said Eric Danko, the director of federal affairs for Cruise, GM‘s AV division. Rep. Greg Walden, the top Republican on the House Committee on Energy and Commerce, agreed: “The ongoing COVID-19 crisis has demonstrated real-world applications of AV technology. Whether it be to deliver meals and packages to seniors or to support our health care workers on the front lines, AVs are being put to work.” He said Congress “must create a federal framework for the safe development and deployment of AVs.” Cruise has facilitated more than 4,000 food and meal deliveries from two food banks in San Francisco since mid-April, with each vehicle staffed by two safety drivers, Danko said. “We’re focused on developing the technology and playing a small part in the current crisis in terms of trying to fill an immediate need,” he said. Rival AV firm Nuro is providing contactless delivery to health care facilities in Sacramento and San Mateo, after receiving a federal exemption to produce driverless vehicles. Matthew Lipka, federal lead for Nuro’s AV policy team, said his company will deploy and test vehicles with or without legislation, but added that it would be useful if the Department of Transportation received “congressional guidance.” Cruise recently predicted that the global autonomous vehicle industry is an $8 trillion market opportunity.

The Singapore government is helping stalls in wet markets go online, as people stay at home due to lockdown restrictions. Since the government instituted a partial lockdown, the F&B and retail industry has been among the most badly affected with some expecting as much as an 80% revenue loss. In a survey conducted by the #savefnbsg coalition with key industry players from F&B establishments, 88% of restaurants indicated that they would not have been able to survive April without assistance. This means the livelihoods of over 220,000 people and their families supported by over 18,000 local F&B establishments are under threat. To combat this, an influx of traditional F&B and retail merchants are flocking online. The initiative, created by the Infocomm Media Development Authority (IMDA) and creative agency BLKJ is currently being trialed by Tekka Market in Serangoon. Six stalls in the market will use Facebook Live to sell their products and interact with their customers. According to Rachel Chew and Christie Way, creative group heads at BLKJ, the initiative was started because a lot of wet market stalls have been around for decades and still rely on the same traditional means of selling using cash. “We hope that by helping them digitise, we can enable them to compete with newer, more modern businesses with online platforms, so they too can survive,” Chew explained. Way explains that many of the wet market sellers work very long hours – they said they barely have time for their own day-to-day operations and they have never considered going online. To them, selling is the easy part when it comes to going online. She says the real challenge they faced is coordinating logistics, such as packing and delivery. As smaller wet market stalls struggle with time, manpower and capacity for logistics, BLKJ and IMDA hopes they can continue to sustain their online presence even after the initiative is over. To do this, both parties are helping the stalls in the wet markets to garner a fan base and set up a system that they will be able to operate independently. “Another challenge we faced was ensuring freshness and quality. People go to the wet market because they want to make sure they get the best produce by personally touching and seeing it for themselves,” explains Way. “Buyers need to trust that what they buy online will be of the standard that they’d choose themselves. It’s why Max Kee, the veteran live stream seller who mentors our Tekka sellers, repeatedly emphasises to them that they must only give their buyers the freshest produce and not shortchange them.” Customers can order products from the stalls during the Facebook Live video, confirm their details through Facebook Messenger and make payment via PayNow, a local instant funds transfer service.

An Amsterdam restaurant has devised an innovative concept for distanced dining – a greenhouse dining concept. In China, plastic screens dividing diners have already been put in place in some major chains, but some more elegant inspiration comes from waterside vegan restaurant, Mediamatic Eten. Diners will be seated inside one of the ‘Serres Séparées’ – what they call the new glass concept houses – which can accommodate two people comfortably, or three at a push. Of course, solo diners are welcome too. Long wooden planks are used to serve diners, which is a simple but clever way of ensuring staff can maintain a six-foot distance.

Putting a twist on the restaurant home delivery trend, UK boutique burger chain Patty & Bun are selling a DIY four-burger kit in a box. Inside the box is everything needed to make four Patty & Bun burgers: four patties, a generous amount of streaky bacon, four buns, four slices of Red Leicester and a pot of Smokey P&B Mayo. Supplied by the burger group’s own butcher HG Walter and presented on the same paper that Patty & Bun uses to wrap its burgers, the ingredients are identical to those used in the restaurants. The only other things needed are lettuce and tomato, and Patty & Bun provide detailed instructions. Priced at £25 for four plus £6 for delivery, the burgers work out at about £7.50 each, roughly £2.50 less than in the restaurants, and have so far proven to be a popular affordable luxury, with Patty & Bun and HG Walter struggling to keep up with demand. “This is a period of adapting – you can either go on the defensive or the attack; we are trying to go on the attack in terms of being as creative as we possibly can,” says Patty & Bun founder Joe Grossman. “We had wanted to do a BBQ kit for the past couple of years but had been so busy we didn’t have the time. You are always making excuses when you’re on the growth plan but then we thought ‘we need to do this’.” The burger group is not alone in diversifying its offer by selling meal kits. London-based pizza group Pizza Pilgrims has brought back its Frying Pan Pizza Kit that contains the ingredients to make two pizzas at home. Plant-based burger group The Vurger Co has also created a meal kit that contains all the components needed to make its burgers and dessert specialist Chin Chin has released two ‘starter kits’ for its marshmallow hot chocolate and griddled cookie dough.

The post Coronavirus: Brand Moves for Wednesday May 13 appeared first on brandchannel:.