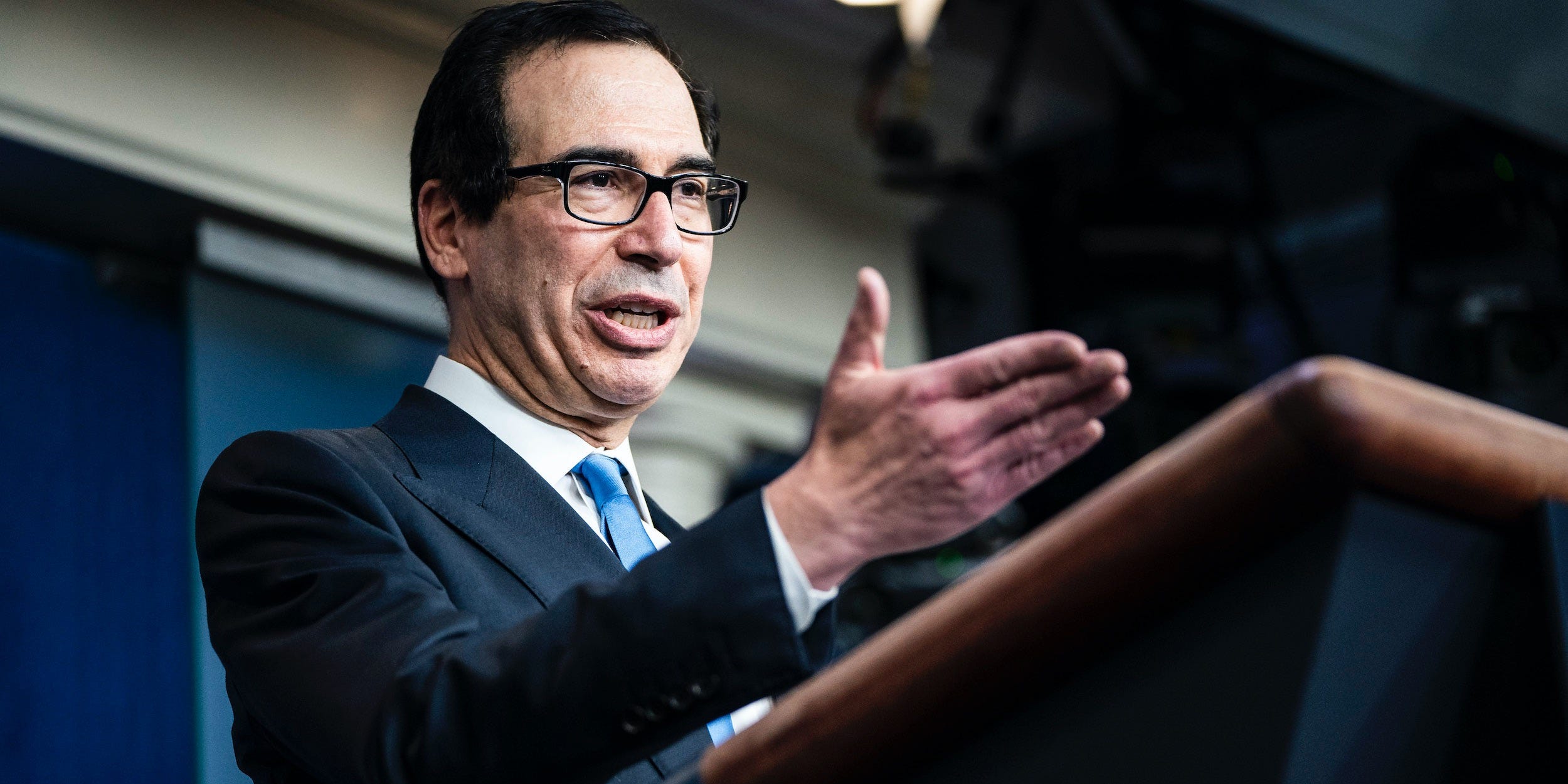 “There is a strong likelihood we will need another bill” to keep the economy afloat through the coronavirus pandemic, Treasury Secretary Steven Mnuchin told The Hill on Thursday.
Mnuchin’s comments arrive as House Democrats’ $3 trillion stimulus package sits stuck in the Senate, where Majority Leader Mitch McConnell refuses to consider the legislation.
Senate Republicans have balked at extending a $600-per-week expansion to unemployment insurance, and President Trump has indicated the government should monitor how current aid measures play out before issuing new relief.
Mnuchin expects second-quarter figures to be “dreadful” before the economy recovers in the second half of 2020.
Visit Business Insider’s homepage for more stories.

Treasury Secretary Steven Mnuchin said Thursday that another coronavirus relief bill from Congress is likely needed to keep the economy intact before a nationwide reopening.

The House passed a $3 trillion stimulus measure last week but the bill has since been mired in the Senate, where Majority Leader Mitch McConnell has refused to push it forward. President Donald Trump has indicated he would rather mull the effect of already issued aid from the Federal Reserve and Congress before pushing for a new package.See the rest of the story at Business Insider

The Fed’s April meeting minutes detailed a potential 2nd-wave virus scenario that could drag on the economy into 2021Another stimulus bill is likely needed to revive the economy, Dallas Fed president saysTreasury Secretary Mnuchin said employees who turn down their old jobs can lose unemployment benefits under small business aid program