Adapting to 4C of global warming

Comments Off on Adapting to 4C of global warming 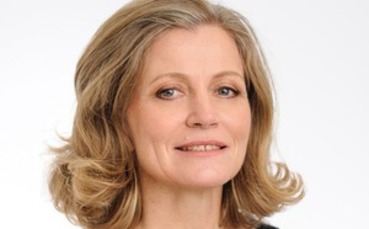 Before I start my speech, I’d like to add my condolences to the Committee on Climate Change and everyone who knew Professor Dame Georgina Mace.

Georgina’s work assessing the impacts of climate change and the effect of adaptation on the natural environment has never been more important.

Her contribution will help every one of us shape a more resilient world in the future.

That goal is what my speech today is all about.

When you look out of a train window, the trees up-close fly by in a blur, the fields in the middle distance glide past, and the far-off hills don’t appear to move at all.

Similarly, in public life: newspaper headlines fly by in a blur, political shifts glide past, and the natural world doesn’t appear to move at all.

Or so it was… until the climate crisis began to distort and accelerate environmental change.

Today, it is as if when we look out of the train window, we can see the far-off hills gathering speed and catching up with our train.

Without adaptation, climate change could depress growth in global agriculture yields up to 30 percent by 2050, disproportionately affecting small farms around the world.

The number of people who lack sufficient water, at least one month per year, could soar from 3.6 billion today, to more than 5 billion by 2050. We take the first line of COVID defence – washing our hands – for granted in the UK, but Water Aid point out this is a luxury that billions of people can’t afford.

Rising seas could force hundreds of millions of people in coastal cities from their homes, with total costs of more than one trillion dollars each year by 2050.

Climate change could also push more than 100 million people in developing countries below the poverty line by 2030.

No wonder more and more people are experiencing “eco-anxiety”.

I want to thank:

The Committee on Climate Change;
The National Centre for Atmospheric Research;
And, the UK’s Climate Resilience Champions…

…for inviting me, for hosting this event, and for showing leadership on adaptation.

And, I want to apologise if I’ve made everyone’s eco-anxiety worse.

What I really want to do is raise the profile of the UK’s expertise on adapting to climate change.

There are many things to be optimistic about.

We definitely have the knowledge in this country to deliver on the Prime Minister’s ambition for a green industrial revolution that “will create hundreds of thousands, if not millions, of jobs”.

That said, any discussion of the green recovery automatically infers the possibility of significant climate shocks.

The Committee on Climate Change and the Adaptation Committee do a superb job of integrating both agendas.

I hope the Environment Agency’s goal to become a net-zero organisation by 2030, will also demonstrate how to do both at the same time.

And, the joining of the FCO and DFID is an opportunity to improve these links in Government.

As we know, countries most vulnerable to climate risk often criticise developed nations for being too focussed on reducing emissions, rather than helping them prepare.

The new FCDO potentially means we can better unite work to enhance the world’s green economy, with helping our neighbours prepare for the humanitarian impacts of climate change.

Last week, Dr Saleemul Huq, Director of the International Centre for Climate Change and Development at the Independent University, Bangladesh, commended the UK’s push to begin a “race to zero emissions” at COP26, and suggested:

“There could also be a race to zero vulnerability of every country by 2030 as an equivalent to the race to zero emissions.”

…and also the UK’s ability to inspire a game-changing international agreement at COP26.

Here in England, the Environment Agency has been criticised for saying we are helping the country prepare for 4 degrees of global warming.

The accusation is that we are suggesting such a future will be manageable, and so we are protecting the status quo by overstating our abilities.

Today’s conference feels like an appropriate place to address that.

In 2018, the Intergovernmental Panel on Climate Change said we have 12 years to hold global warming to 1.5 degrees above pre-industrial levels.

Last year, the insurance giant Aviva measured investments in its equities portfolios against the goals of the 2015 Paris agreement, and found they are on track for a 3.4 degree rise.

As a result, they have announced a new 2050 net-zero carbon emissions target for their auto-enrolment default pension funds.

And they should be applauded for that leadership.

But, distressingly, their analysis – calculated using Carbon Delta’s warming potential metric – said the FTSE 100 index as a whole is heading towards 3.9 degrees.

To be reductive, my view is this:

No government or government agency can possibly know what the status quo looks like in either a 1.5 degree or even a 3.9 degree world… but if we don’t take significant action to both reduce emissions and adapt right now, we’re on a hiding to nothing.

Even though the Environment Agency has a huge amount of practical, place based expertise to lend to this effort: it would be daft to suggest that we, or even the Government, can do this alone.

Creating a more resilient country depends on listening, collaboration and action from local communities, through national government and the private sector, to the international stage.

Last month – which (incidentally) was the warmest September on record globally – the Environment Agency’s Flood and Coastal Erosion Risk Management Strategy finished its journey through Parliament.

Which means we can now put it into practice.

To do this we need individuals, communities, charities, businesses, farmers, land managers, and infrastructure providers, to build up the resilience of millions more homes and businesses.

We will work with anyone and everyone – even the beavers – to identify the best combination of measures to tackle unique risks in specific places.

Our work got a significant boost this year, when the Government announced a record £5.2bn long-term investment to accelerate flood scheme construction in England.

It is money well spent: for every £1 used to improve protection from flooding and coastal erosion, we avoid around £5 of property damages.

The Infrastructure and Projects Authority say that between £29 billion and £37 billion of infrastructure projects will be brought to market in the remainder of this financial year.

If even a small portion of those investments is dedicated to resilience, the long term benefits will reward local communities as well as shareholders.

I read the other day that the wildfires in northern California have expanded beyond 1 million acres.

This means the fire can no longer be called a “megafire” but needs a new classification: it’s a “gigafire”.

Last month, the State of California joined the Coalition for Climate-Resilient Investment, launched by Alok Sharma at the UN General Assembly last year.

The CCRI is made up of businesses and organisations that now represent over 10 trillion dollars in assets.

That kind of crazy money shows that adaptation is no longer a niche topic of green finance: people in the City increasingly get it.

Just over a week ago, Storm Alex brought over a month’s worth of rain to some parts of the country… we were lucky it didn’t hit us as it did France and Italy.

But, it’s only mid-October and there’s already a lot of water in the ground.

Everyone needs to be ready this winter, so please check your flood risk and look up what to do in a flood.

The Environment Agency is ready.

During the height of the coronavirus lockdown, we developed safe ways of working enabling more than 90% of flood schemes across the country to continue.

And, consultations continue to be carried out virtually with communities.

For example, the £11m scheme in Lancaster, ensuring that flood risk in the city is significantly reduced…

… and the £4.8m Marton West Beck scheme that will protect 485 homes in central Middlesbrough against flooding from the beck, the sea, and surface water.

Whether too much water in the form of floods; too little in the form of droughts; or poor water quality from pollution…people’s relationship with water is threatened by changes we see today.

These changes are linked, so our response should be joined up too.

It doesn’t make sense to deal with flood protection and environmental improvements in separate silos.

At the Environment Agency, these teams work closely together, sharing information and expertise…

… not to mention offices and depots…

… because it’s vital to take an integrated approach to water management in catchments.

The River Severn Partnership takes a collaborative approach to deliver resilient development in an area with low productivity but a significant rural economy.

We are working with the community, business and government to make the economy more resilient to flood and drought, while potentially giving the area an annual £11.4bn uplift.

In London, we’ve worked on an innovative regulatory approach to the new super sewer – The Thames Tideway – to help deliver an enormous infrastructure project that will not only lead to improved water quality and habitats…

… but has created 2,800 jobs in construction, will increase flood resilience, and create new riverside public spaces.

The coronavirus has held the world’s attention in 2020, but this was also a year when so many powerful storms formed over the Atlantic, the US National Hurricane Center ran out of names for them.

Adapting to multiple changes all at once can’t be done by looking at the world from one perspective.

In June, the former President of Ireland Mary Robinson wrote:

“It is imperative that the recovery from COVID-19 is completely aligned with addressing the urgency of the climate crisis.

“We need to listen to the young people, to climate-vulnerable states, to indigenous peoples, to women, to the scientists, to environmental defenders, and we need to ensure the global community is supportive of their needs, including action on the provision of climate finance.”

And yet! There are reasons to be positive, as David Attenborough and Prince William’s “Earthshot” prize will no doubt demonstrate.

I look with optimism towards a green recovery from coronavirus in which we both reduce emissions, and also adapt.

But, at the Environment Agency we don’t just hope, we’re getting on with it.

Thank you very much.

Emma Howard Boyd is Chair of the Environment Agency