How to manage capital in crises? Hear it from one of India’s large startup venture lenders

Comments Off on How to manage capital in crises? Hear it from one of India’s large startup venture lenders 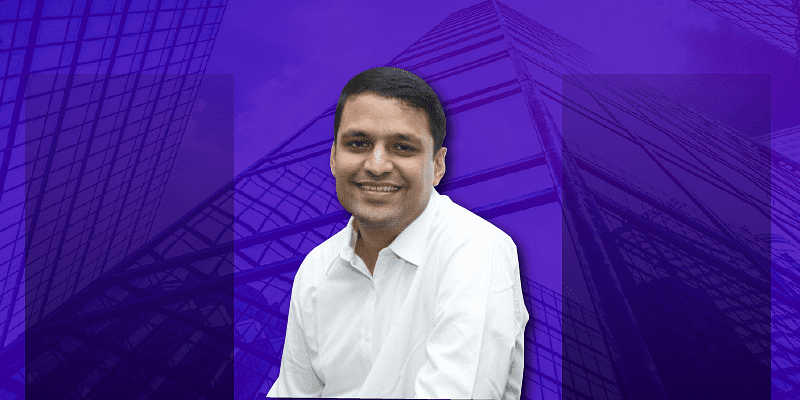 Alteria Capital, which provides loans to startups, is one the three large companies that dominates India’s venture debt market. It was started by Vinod Murali and Ajay Hattangdi, former executives of Temasek-owned InnoVen Capital, which is among the three major venture debt firms in India. The third in the pack being Trifecta Capital. Venture debt or venture lending, simply explained, is debt financing typically for venture-backed companies. Unlike traditional bank loans, venture lending caters to startups and growth companies that may not necessarily have positive cashflow or hard assets to show as collateral.

“Venture dent is a mechanism for founders to reduce dilution when everything else is attractive. This is not a bailout product, this is not a last resort. It is the way you can optimise a good situation and make it even better,” says Alteria Capital Managing Partner Vinod Murali, during a late August chat with YourStory Founder and CEO Shradha Sharma.

“It (venture debt) provides you insurance, it provides you time, it gives you that extra oxygen which you may need, that you don’t know if you have a necessity (for) or not, up front. In February, nobody thought the rest of the year was going to play out like this, nobody would have forecast that,” says Vinod.

As the novel coronavirus or COVID-19 continued to spread rapidly across the world, it was declared a global pandemic by the World Health Organization (WHO) in March. The unforeseen event and its adverse impact has left several businesses and economies across the globe reeling. The International Monetary Fund (IMF) has called it a “crisis like no other’ and its June projection estimates the global economy to grow at – 4.9 per cent in 2020, 1.9 percentage points below its April 2020 World Economic Outlook (WEO) forecast. The COVID-19 pandemic has had a more negative impact on activity in the first half of 2020 than anticipated, and the recovery is projected to be more gradual than previously forecast, according to the IMF

“It’s like an umbrella you buy before it starts raining, once it starts raining everything gets expensive. Before it starts raining you grab it, keep it. If you don’t use it, great for you, if you use it, you’ve always had it with you — that's venture debt. It’s a debt product, it’s a monthly repayment of principal and interest but it gives a little bit more time for founders,” explains Vinod, who is an IIT-IIM alumnus.

The venture debt market in India is seeing transactions upwards of 300 million to 400 million in a year, with 80 per cent to 85 per cent of it being financed through the three large players Alteria, InnoVen and Trifecta, according to the former Citibank executive.

How two college friends built a startup that turned profitable in under a year, raised $2M

Capital in the times of COVID-19

The pandemic has been a difficult time for most businesses, as cashflow has dried up for many. Capital has been critical for several companies to stay alive. While debt financing may be one of the options to raise capital, it could also sound the death knell for some, warns Vinod.

He explains, “While there is a fairly overwhelming need for capital I think it’s also important to distinguish as to what may be appropriate (depending on) what kind of companies, what kind of situation, because you can take a lot of equity and it will be sub-optimal (and) you don’t kill the company but if you take a lot of debt you can actually kill the company. So one needs to be very careful both founders and lenders alike in figuring out what the right fit is.”

Taking on too much debt can kill a company, warns Vinod.

Vinod stresses upon the fact that venture debt is definitely not the right fit for all in need of capital.  “It’s not meant for all companies, I’ll be the first one to say that. Historically, we have seen 25 per cent -30 per cent of funded startups to be appropriate for venture debt and it may seem like an astonishingly small number but the reason is every single company that has taken venture funding is equity funded,” he says.

Alteria spent March to May largely figuring out what its portfolio needed. “We were in firefighting mode, which I think is true for most of the ecosystem,” says Vinod while adding that since June there’s been a lot more understanding on what’s working and where the damage is most heavy. “So we have also managed to calibrate and figure out which are the newer areas in which we can participate and help provide more capital to companies,” he says.

Unsurprisingly, edtech is one the sectors doing well through the pandemic and thus attracting deals from investors. However, even if a startup is part of a sector that is seeing tailwinds, it is important to have a differentiation factor to be able to seal deals with potential investors, according to Vinod.

For businesses from the worst hit sectors, however, there is little or no interest from venture capital and venture debt firms alike. “There are some sectors that are fairly badly hit that involve physical community, which involves interaction necessarily for the way in which the way the business is done and this could be across travel, hospitality, offline retail, and all of those are going to take a long time to recover. And we are seeing low to no equity interest in those spaces, so consequently from a venture debt perspective these companies would be difficult to target right now,” says Vinod.